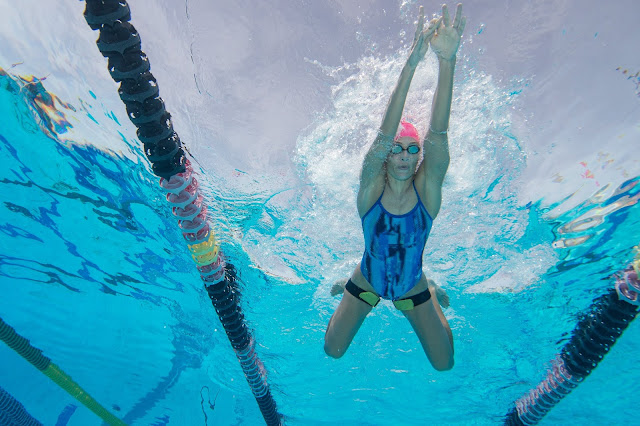 After the recent successes of Michael Andrew at the 2018 USA Swimming Phillips 66 National Championships in Irvine, California, there are various creative exercises that swimmers and water polo players can do to increase their strength, speed and racing stamina with KAATSU Aqua Bands, a KAATSU Nano, and a Bosu Ball while having fun.

KAATSU Aqua Bosu Ball Sprint Kicking:
* Set the KAATSU Aqua Leg Bands to your appropriate Base SKU pressure
* Inflate to your Optimal SKU pressure with the KAATSU Nano
* Do 1-2 KAATSU Cycles on the pool deck
* Jump in the water and do 2-4 x 25-meter sprint breaststroke kicking (or eggbeater kick) with a Bosu Ball
* Rest 20-30 seconds between each set

KAATSU Aqua Vertical Kicking:
* Set the KAATSU Aqua Leg Bands to your appropriate Base SKU pressure
* Inflate to your Optimal SKU pressure with the KAATSU Nano
* Do 1-2 KAATSU Cycles on the pool deck
* Jump in the water and do 3-5 sets of fast butterfly and breaststroke kicking (or eggbeater kick for water polo players) while in the vertical position with hands, elbows or arms out of the water
* Rest 20-30 seconds between each set

KAATSU Aqua Vertical Leaps:
* Set the KAATSU Aqua Leg Bands to your appropriate Base SKU pressure
* Inflate to your Optimal SKU pressure with the KAATSU Nano
* Do 1-2 KAATSU Cycles on the pool deck
* Climb on the starting blocks and do 5 jumps off the racing blocks trying to touch the backstroke flags 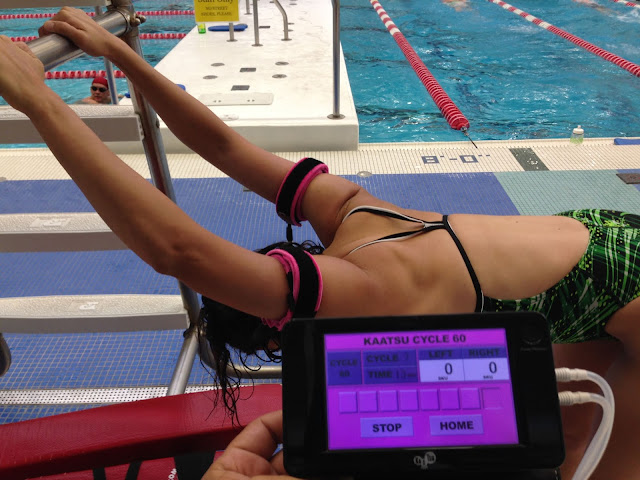 KAATSU Aqua Stretching:
* With KAATSU Aqua Bands on the KAATSU Cycle mode, swimmers and water polo players can also stretch before or after a workout. 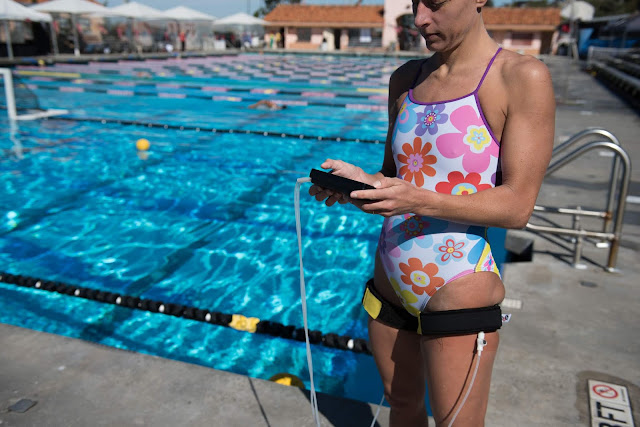 KAATSU Aqua Cycling:
* Of course, KAATSU Cycles should be done before and after every intense workout for optimal warming up and warming down to flush out lactic acid.

On a practical level at the highest echelon of the sport, world-class swimmer Michael Andrew shares how he uses his KAATSU Aqua Bands at a USA Swimming national team training camp in Soka University in Aliso Viejo, California:

Posted by Steven Munatones at 12:58 PM No comments:

For who? swimmers, athletes
For what? Strength, stamina, functional movement, mobility, flexibility, recovery 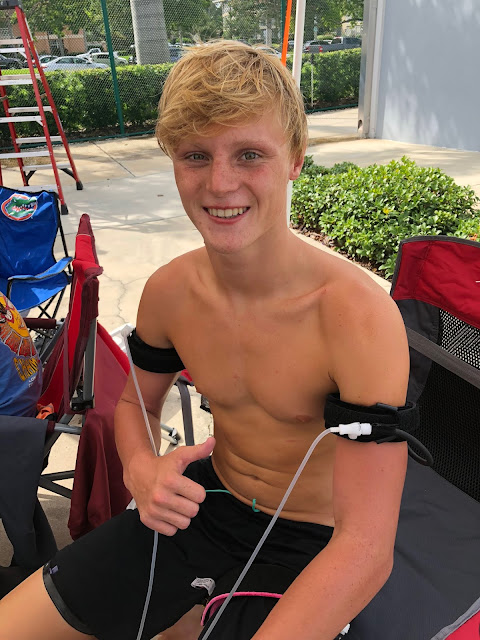 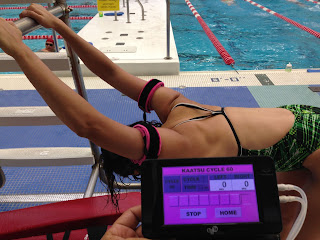 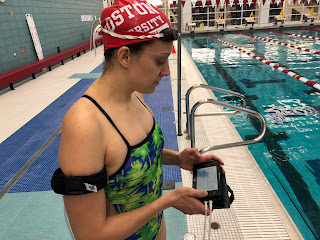 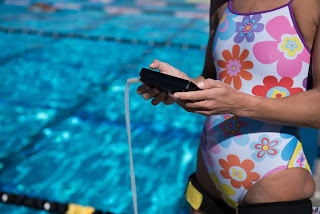 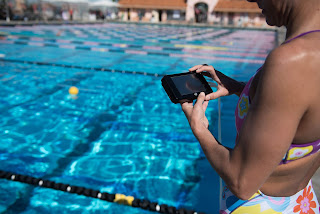 
Posted by Steven Munatones at 5:51 AM No comments: 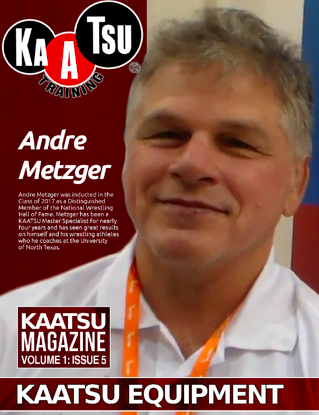 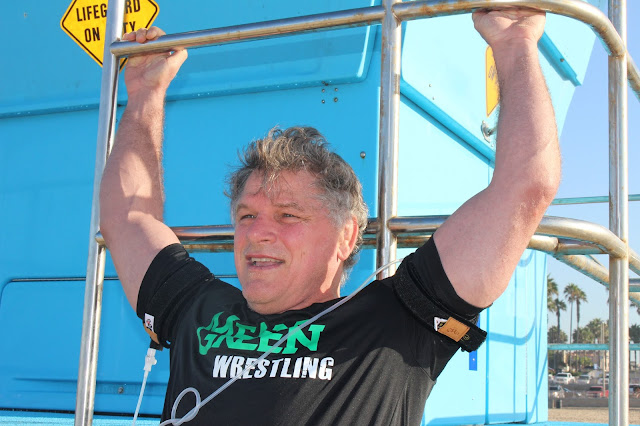 Posted by Steven Munatones at 1:43 PM No comments:

KAATSU In Offices And Cubicles

Instead of going outside the office or outdoors, instead of changing out of your work attire, instead of messing up your make-up or hair, instead of wrinkling or perspiring in your work clothes, KAATSU technology presents the ultimate in convenience and effectiveness.

KAATSU enables workplace wellness to take place in work cubicles, offices and on business trips anywhere from hotels or airport lounges with its myriad portable products from the KAATSU Nano to the PERL Wearables.

Similar to standard corporate wellness programs that support healthy or motivated employees to exercise or conduct stress-reducing behavior that is considered a risk factor for poor health, either at on- or off-campus locations, KAATSU offers a unique, innovative means to obtain the benefits of everything from easy stretching to vigorous exercises within work cubicles and at the employee's desks as shown below:

Simple KAATSU exercises for the upper body in the office.

Simple KAATSU exercises for stress relief in the office.

Simple KAATSU exercises for the lower body in the office.

Simple KAATSU exercises to get pumped up in the office.

Simple KAATSU exercises using KAATSU devices can be performed by anyone anywhere anytime, including in offices and work cubicles in addition to in hotels and airports during business trips.