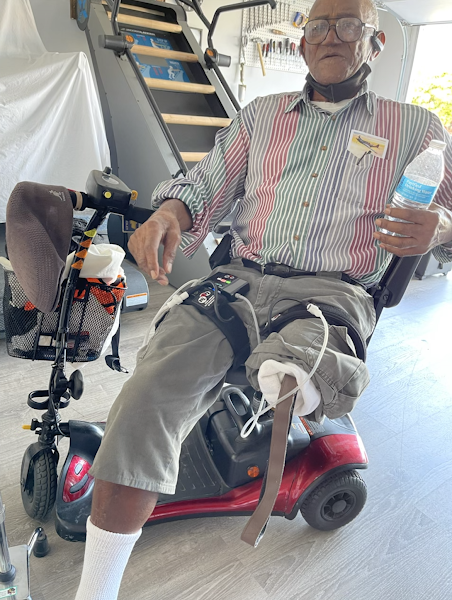 One of the most important - and non-intuitive - movements that KAATSU inventor Dr. Sato has advocated for decades is Hand Clenches.

The standard KAATSU protocol is to repeatedly open and close your hand(s) while the KAATSU Air Bands are on your upper arms in the KAATSU Progressive Cycle mode (i.e., Low Pressure to Medium Pressure to higher pressures).

This is especially helpful for people who are in pain, missing a lower or upper body limb (and experiencing phantom pain and neuropathic pain), or recovering from surgery .

Hand clenches are part of the standard KAATSU 3-Point Exercises. The KAATSU Cycle mode very effectively, efficiently, safely, and gradually engorges the capillary beds in the lower arms in blood while the Hand Clenches are sufficient to build up lactate. As the Cycle sets and Hand Clenches continue, a dark pink or beefy red color appears and your veins are distended. The effect is similar to the photo shown below where one arm is impacted with inflated KAATSU Air Bands and the other arm is normal without KAATSU Air Bands on.


Dr. Nakajima found and explained in a paper (to be published in Q1 2023) that simple Hand Clenches while performing KAATSU Cycle sets are a highly efficient catalyst for producing β-Endorphin (Beta-Endorphin)and serum lactate. The β-Endorphin is produced in the brain's pituitary gland that blocks the sensation of pain. Dr. Sato explains, "You can use a Hand Grip or just repeatedly squeeze a tennis ball or squeeze ball in the Progressive KAATSU Cycle mode. The phenomena starts when the automated pneumatic compression starts at lower pressures and then very gradually builds up to higher pressures. As you repeatedly and slowly squeeze your hands, lactate builds in your forearms. With the lactate build-up, growth hormone and IGF-1 (insulin growth factor) are also produced."

Meanwhile, the very tiny capillaries in the injured (or amputated) limb gradually and efficiently become fully engorged with blood. The skin in the injured limb (or amputated stump) becomes pink, rosy, or even a deep red. The engorgement of the capillaries in blood leads to a hormonal response, a decrease in C-reactive protein, and an activation of the peripheral nerves. The C-reactive protein helps reduce pain while the activation of the peripheral nerves tricks the brain to think the amputated limb is intact in some way. 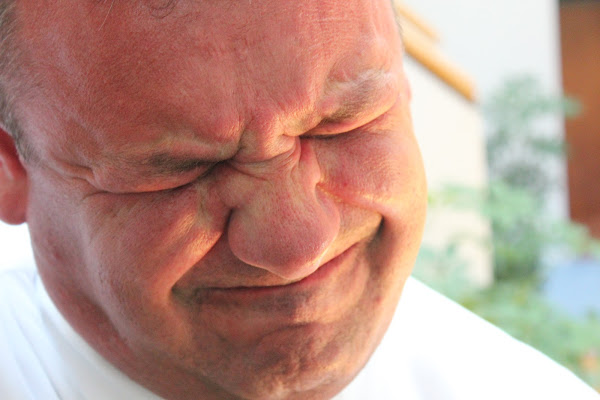 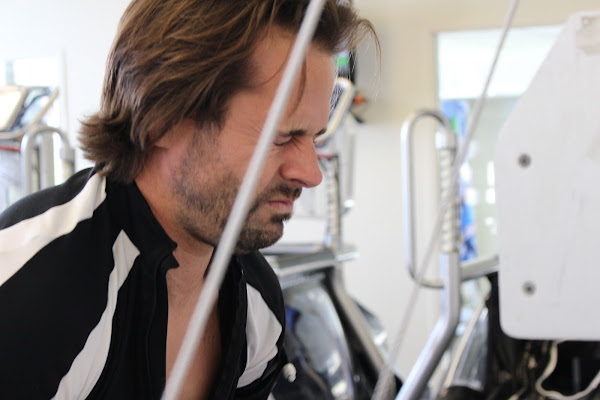 The number of KAATSU Progressive Cycle sets can be repeated throughout the day in several different sessions (in the morning, afternoon, and evening) in order to effectively manage the pain.

The photos below show the effect of engorgement of blood on the right hand and forearm due to the wearing of the KAATSU Air Band on one arm and not the other. The KAATSU Progressive Cycle mode repeatedly, progressively incrementally, slowly, and gently leads to this engorgement. 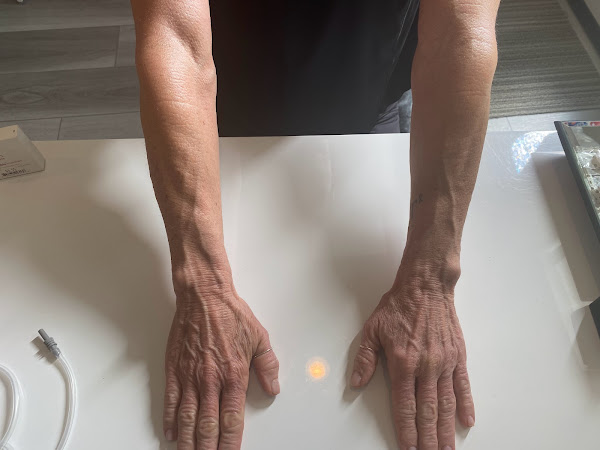 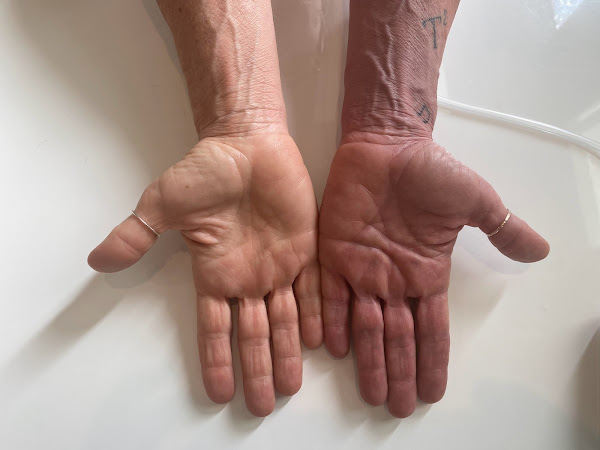 Other phenomena aid in the reduction of pain.

Dr. Nakajima explains, "Exercise-induced hypoalgesia (EIH) is a reduction in pain sensitivity and/or perception of pain intensity to noxious stimuli following acute exercise. This is a temporary effect that occurs as a result of neurophysiological effects.

One hypothesized mechanism is the enhancement of descending pain. Inhibitory effect through activation of the endogenous pain inhibitory system that secretes antinociceptive substances. These substances include endorphins and endocannabinoids, both of which have been found to increase circulating concentrations after exercise. Although the mechanism is not well established, exercise that clears a single bout of either resistance or aerobic exercise causes hypoalgesia for up to 30 minutes in healthy, pain-free individuals.

EIH responses are more variable in individuals with chronic pain who are pain sensitive. The intensity may be decreased, unchanged, or even increased in response to exercise (i.e., hyperalgesia). Nevertheless, exercise is widely used as a therapeutic strategy for individuals with chronic pain. Movement with KAATSU also has the ability to reduce pain and reduce sensitivity in muscles and joints.

Experimental pain studies demonstrate that focal joint pain leads to decreased muscle function, impaired motor control, and fear-avoidance behavior patterns (i.e., avoidance of painful activities). Collectively, this can lead to a spiraling vicious cycle of bodily function that can increase the risk of developing chronic and degenerative conditions such as osteoarthritis. Exercise interventions that can properly load the injured area, relieve pain, and increase muscle strength are presented as effective management systems that target the multiple factors in these complex conditions. Exercise has the ability to reduce pain and increase muscle strength, but this form of training can also increase the load on the injured area, exacerbating symptoms.

There are several studies investigating BFR and hypoalgesia. Additionally, many KAATSU Specialists in Japan have noticed about this phenomenon. A landmark study by Vasileios Korakakis in 2018 (Low load resistance training with blood flow restriction decreases anterior knee pain more than resistance training alone. A pilot randomised controlled trial) investigated the use of BFR in 30 male patients suffering from anterior knee pain. Their pain scores were significantly reduced while performing three common functional tasks in response to BFR.

Although there are increasing applications and growing evidence supporting the use of KAATSU in pain management, how and why KAATSU is effective remains, admittedly, a matter of speculation.

A 2019 review by Luke Hughes and Stephen David Patterson (Examination of the comfort and pain experienced with blood flow restriction training during post-surgery rehabilitation of anterior cruciate ligament reconstruction patients: A UK National Health Service trial) investigated some of the potential mechanisms by which BFR affects pain. This includes Conditioned Pain Modulation where the simplest way to describe conditioned pain regulation is the phrase 'pain cures pain'. Although BFR is characterized by low-intensity training, the literature consistently reports pain and discomfort comparable to high-intensity exercise.

Secondly, it also includes the recruitment of fast-twitch fibers. This is a key mechanism behind BFR and hypoalgesia and may be a key factor in BFR and hypertrophy.

Thirdly, through the opioid and endocannabinoid system (that bind distinct receptors that co-localize in areas of the brain involved with the processing of pain signals), experiments with the KAATSU Cycle sets induce serum β-Endorphin." 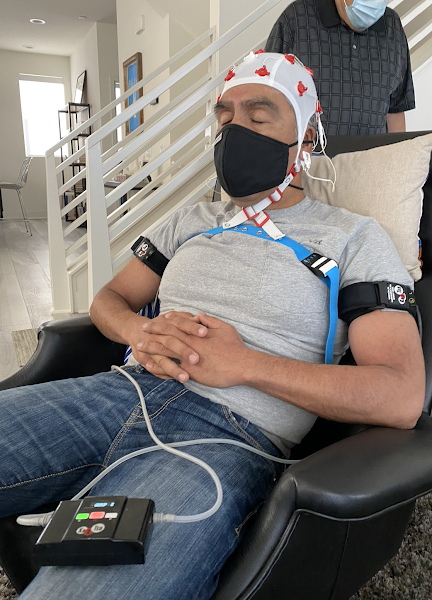 Rachel Roberts Uses Her Creativity With Recipes and KAATSU 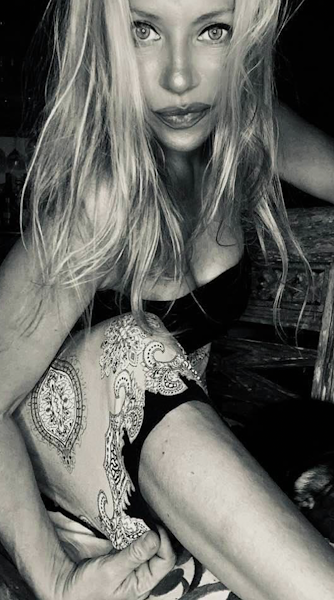 With her tagline, "Eat Clean, Drink a little Dirty!", 49-year-old Roberts leads an active lifestyle inside her home, at her studio, and outside entertaining clients and friends.

Her days and nights are filled with being creative in the kitchen and on the road.

However, the stunning Texas beauty admits to not being a fan of exercise. "I like being in shape and enjoying being fit, but I prefer to have a nice glass of red wine in my hand rather than a dumbbell. I would have work with a skillet than a jump rope."

But after an unanticipated introduction to KAATSU by renowned architect Michael Chiarelli, her perspective of health and fitness was completely transformed. "Michael taught me that by doing KAATSU Cycle sets, even while we are sitting down creating new recipes or designing new spaces for a restaurant or hotel, we are actually working out. And by working out, I do not mean doing burpees or push-ups. I mean exercising on the cellular level. I mean exercising by increasing the elasticity of our vascular tissue and producing a healthy hormonal response in an incredibly easy way."

Roberts' ingenuity in presenting healthy nutrition to people of all ages and backgrounds is a part of her DNA. Since an early age given her Italian mother's passion for cooking and her Texarkana father's love of grilling and barbequing, she has nurtured a wide variety of colorful dishes with a variety of flavors based on her deep-seated philosophy of "eating what you grow".

That same ingenuity that she taps into with her recipes is mirrored by her incorporation of KAATSU in her daily lifestyle. "I eat what I grow and I use what I have," she explains. "With KAATSU equipment, I can go about my daily life and use the natural movement of my arms and legs to increase my strength and stamina as well as maintain and improve my muscle tone and skin elasticity. It is so easy and convenient. The results just come about naturally. And just like my recipes, I want to share it with the world." 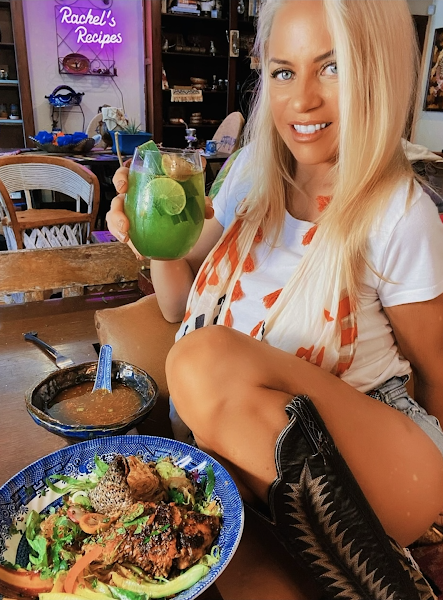 
The KAATSU Progressive Cycle mode is an effective, convenient, and safe means to prevent and reverse sarcopenia, as thousands of Baby Boomers are currently doing in 49 countries around the world.

Sarcopenia is the loss of muscle mass and is a major problem especially among older individuals.

Among both males and females, muscle strength decreases with age and muscle volume quickly decreases (0.45 kg per year) as individuals age past 50 years old. That is, fast twitch muscle fiber decreases on average to 50% by the age of 80 years.

To prevent it, physicians and physiologists understand that high-intensity resistance exercise (e.g., weight training or body weight exercises) is required. But this type of training is usually not possible - or even desired - by the elderly.

But with KAATSU, individuals up to the age of 104 can perform low-load or no-load, non-impact exercise with KAATSU equipment following the KAATSU Cycle modality to induce muscle hypertrophy and strengthen muscle even with short-term, low-intensity exercise. With the KAATSU Air Bands, the KAATSU no-load, non-impact exercise physiologically and safely equals outcomes produced by high-intensity, high-load training. In both cases (KAATSU and high-intensity, high-load training), the muscle and brain are stimulated to induce muscle hypertrophy and strength.

Elderly KAATSU users are strongly recommended to use repeated (3-6) KAATSU Progressive Cycle sets on their arms first, and then subsequently on their legs. Ideally, this is done sometime in the morning or afternoon. Users can then do a few KAATSU Progressive Cycle sets on either their arms and/or legs during the evening hours, optimally less than hour before bedtime.

The KAATSU B1 is the next-generation model that can be used safely, effectively, and conveniently by users over the age of 50 years.

It is well-established that an increase in muscle strength and mass leads to quality of life improvements like getting up and out of a chair or bed, and lifting objects.

To prevent this, resistance exercise, an established and potent stimulus for enhancing muscle protein synthesis and subsequent muscle hypertrophy, is traditionally used.

Conversely, skeletal muscle is a plastic organ that adapts its mass to the different conditions by affecting pathways that regulate protein and cellular turnover. Repetitive KAATSU appears to be a novel stimulus for skeletal muscle to induce a net positive protein balance and prevent atrophy especially with patients with orthopedic diseases or injuries or those with disuse syndrome, sarcopenia and cachexia (weakness and wasting of the body due to severe chronic illness)."

The video below shows the before-and-after effects of KAATSU Cycle on a 104-year-old female from Kawasaki, Japan who shows what is possible with KAATSU under the guidance of her physician Dr. Odagiri.


The patient was bedridden and uncommunicative for two months with severe dementia. She was transferred from her local hospital to Odagiri Hospital where she was treated with KAATSU. Initially for the first month, she simply did KAATSU Cycle as she remained in bed. Gradually, she became communicative and was able to get out of bed. Eventually, over the course of two months, she was able to do a variety of exercises and found herself wishing to live to be 200 years old [see English translation in video above].

During the Japanese-language video, she was asked how old she is and she answers as 104, holding a document confirming her age and birth date. She is shown doing a variety of exercises with her KAATSU Air Bands on (at an Optimal SKU level of 120).