For who? gymnasts, student-athletes
For what? Strength, stamina, functional movement, mobility, flexibility, recovery 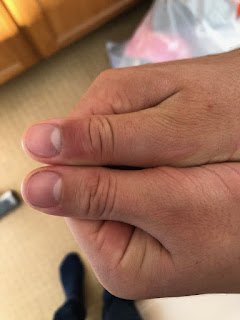 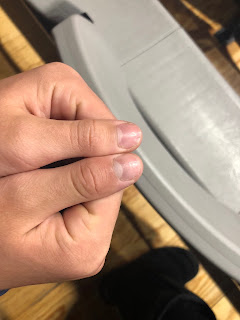 Wednesday, Day 1: Roy, a young gymnast, hurt his thumbs, especially his [discolored] right thumb, during his gymnastic practice. He was in pain and worried about his upcoming gymnastic event.

Thursday, Day 2: With a gymnastic competition scheduled the next day, the 13-year-old did several KAATSU Cycle sets both before and after his practice.

Friday, Day 3: On the day of his wrestling match, he did KAATSU Cycle sets again on the Friday morning of his match. His discoloration went away, his pain level fell significantly, and he performed well in his competition. 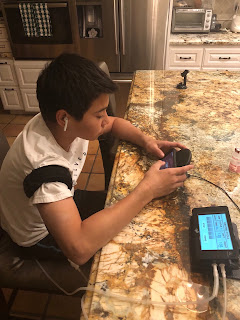 "He could have probably used higher (SKU) pressures, but this was the first time the young athlete used KAATSU, so we used very conservative pressures. He works out 4 hours on weekdays and 3 hours on Saturday, so he is in excellent physical shape," explained Steven Munatones.

"With the KAATSU Cycle sets, our aim was to reduce his pain levels, regain his range of motion and grip strength as soon as possible.

So multiple KAATSU Cycle sets done twice per day was our recommended protocol and it worked not surprisingly."