Berra On The Background And Benefits Of KAATSU 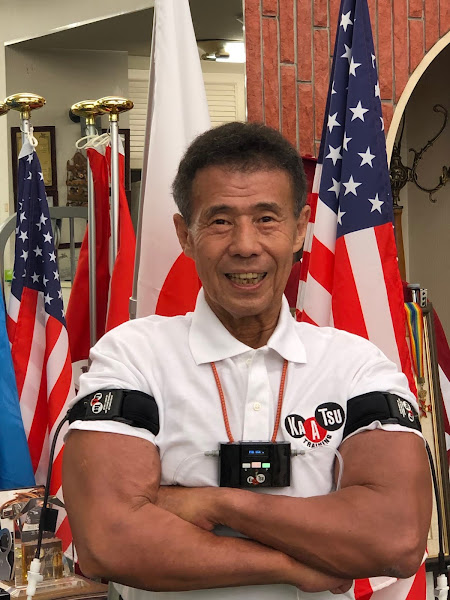 Yoga Berra is one of the greatest catchers in American baseball history and a popular Hall of Famer. He once said, "Baseball is 90% mental. The other half is physical."

Something similar can be said of KAATSU because KAATSU is a catalyst for many beneficial biochemical reactions that occur in the brain while enabling the physicality of the body (muscle, bones, ligaments, tendons) to improve.

She wrote about the background and benefits of KAATSU in the October 2020 issue of Men's Health Magazine (US edition see Blood Rush article here).

In her article, Berra writes about the origins of KAATSU. "Yoshiaki Sato, Ph.D., M.D., a Japanese bodybuilder, sat in an hours-long Buddhist ceremony in the Seiza posture, thighs folded onto his calves. When he stood, he felt his calves throbbing. He theorized that this was due to restricted blood flow and spent the next 20 years working to re-create the feeling by wrapping his muscles with bike-tire tubes, ropes and judo belts (with uneven success)."

Ultimately, Dr. Sato and his collaborators tested KAATSU on over 7,000 cardiac rehab patients, developing the safe protocols that are used today.

Berra continued, "Only when Dr. Sato attached pneumatic bands to a digital control system did he find he could consistently and safely restrict blood flow. He dubbed his machine the Kaatsu (Japanese for “additional pressure”), and it remains one of a handful of tools that deliver proper and precise pressure to restrict blood flow. These tools cost serious coin. (The Kaatsu runs $900, and the units used by NFL teams are as much as $5,000.) But that hasn’t stopped Mark Wahlberg, Lakes center Dwight Howard, and many others from turning to BFR for an edge."

The KAATSU equipment that she refers to is the KAATSU Cycle 2.0 device [shown above with 72-year-old Dr. Sato]. The device that costs more is the Delfi Portable Tournique System for Blood Flow Restriction. 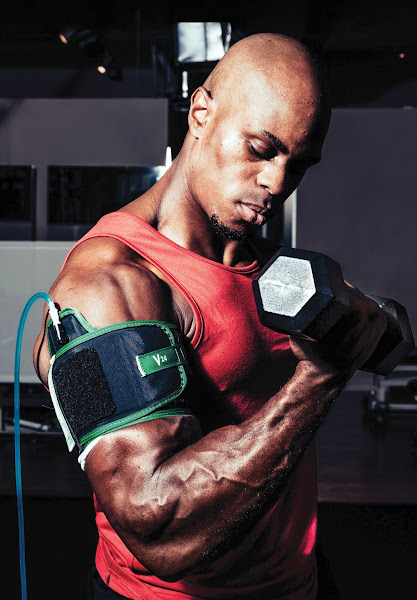 "KAATSU and Delfi are very different systems," explains Steven Munatones, CEO of KAATSU Global. "When the wide bands of the Delfi unit are used, you can see how the device is a modified tourniquet that is designed to occlude blood flow.

In contrast, nothing about KAATSU is about restricting blood flow, especially arterial flow into your arms or legs. The narrow elastic, stretchable bands of the KAATSU equipment allows freedom of movement so athletes can throw balls, musicians can play instruments, businesspeople can type emails, and others can easily do everything from household chores to physical therapy.

With the wider tourniquet bands, the increased girth of the arms pushes hard against the unforgiving cuffs that serve to occlude arterial flow which is why a Doppler device is required. You do not want to occlude too much which is why the occlusion rate is always monitored. In contrast, when occlusion is not a part of the equation, like with KAATSU, this risk is eliminated. This was one of the outcomes of the decade-long study of KAATSU at the University of Tokyo Hospital by cardiologists."

Berra described the benefits in her article, "The promise is enticing, and BFR’s mechanism is based in sound physiology.

Lifting heavy weights forces your muscles to contract so tightly that they briefly trap blood, causing the sought-after pump.

That natural blood flow restriction also causes lactic-acid build-up, triggering the release of muscle-building proteins and hormones, like HGH and insulin-like growth factor. BFR mimics the effect of heavy weights, causing the body to release the same proteins and hormones. When done properly, with a device that monitors the pressure in your arteries, it can increase muscular strength and growth, according to 2019 research published in Frontiers in Physiology.

Berra understands the need to be safe. She writes, "Message boards claim you can DIY bands and skip precise tracking, but experts disagree. At worst, you’ll tighten the bands too much, risking nerve and vascular damage. Leave them too loose and BFR won’t work, says Adam Anz, M.D. of the Andrews Institute for Orthopaedics & Sports Medicine in Gulf Breeze, Florida. To achieve the effects of BFR, you must completely compress your surface veins, he says, trapping that blood in your muscles. That’s difficult to do without equipment and constant monitoring."

"With KAATSU, however, you do not have to completely compress your surface veins - not even close," explains Munatones. "The arterial blood flow continues uninterrupted and the venous return is only slightly modified [see image below]." 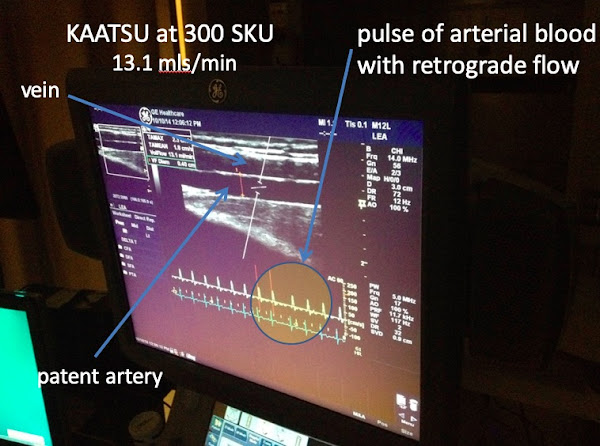 And we work with people with all kinds of stages of health in several dozens of countries up to the age of 104," says Munatones.

As Berra explains about antiaging, "BFR may help combat sarcopenia, the age-related loss of muscle mass.

That is certainly true, as described is this post about the oldest client of KAATSU, the original BFR: