Onwards To Tokyo With Jamal Hill

For who? Swimmers, competitive athletes, Paralympians, disabled athletes
For what? Performance, rehabilitation, recovery 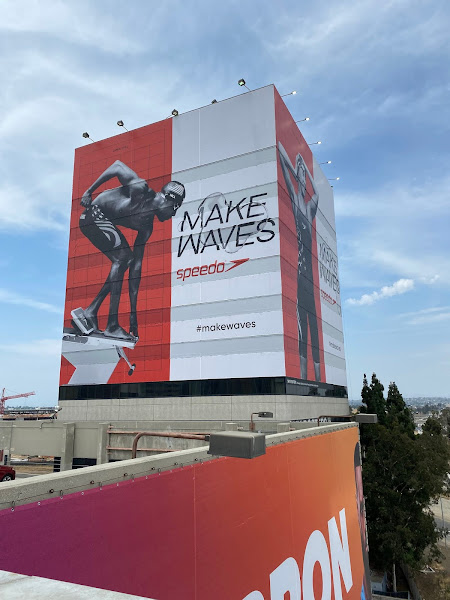 Fly into LAX and head out of the international airport to all points in Southern California, and you may see a large multi-story likeness of Paralympic swimmer Jamal Hill who grew up underneath the LAX flight paths of inbound and outbound airlines.

Hill, a native of Southern California who grew up in Inglewood, was only 10 years old when his body started to fail him. He experienced total paralysis and doctors considered amputating his right arm. The decision was made to keep his arm, but he was diagnosed with Charcot-Marie-Tooth (CMT), a hereditary neurological condition that can result in progressive loss of muscle tissue and touch sensation in the body.

CMT threatened to alter his life, including his passion for swimming where he started near the LAX Airport. But through sheer will, deep faith, and relentless determination, Hill has not only regained his mobility and strength, but he also competed in college and most recently qualified for the Tokyo Paralympic Games (S10 category).

The 26-year-old developed a love for swimming at the Westchester YMCA Mommy & Me swim class - and has never stopped. Two decades later, an 8-story likeness of him hangs from a building not far from LAX and the YMCA where his career started.

Hill is ranked #1 as the top U.S. Paralympic 50m freestyle sprinter and #3 in the world - with eyes on a gold medal. He talks about his journey in an interview with KAATSU Global CEO Steven Munatones and KAATSU Aqua Master Specialist and Olympic swim coach Chris Morgan:

Hill pushed through the pain and fear of being seen and treated differently and swam competitively in high school, receiving a swimming scholarship to Hiram College in Ohio. After college, the post-graduate swimmer trains 14 hours per week and now works with mental performance coach and swim coach Wilma Wong. He says, "Her innovative training style and techniques have resulted in improving from an unranked amateur to number one in the nation within one year."

There are 13 classes of athletes in para swimming. The lower the number the more severe impact of activity limitation an athlete experiences according to designated classifiers. . The nature of Hill's disability has caused him to fluctuate between World Para Swimming classifications as an S9 and S10. Despite the constant uncertainty of classification, Hill continued to excell in whatever class he is ultimately categorized.

Hill won his first national title at age 23 in 2018, a veteran swimmer but a neophyte national champion. It was his first time traveling outside California for a national competition and he finished strongly as a member of Team USA. The experience motivated him to accelerate his physical and mental training to higher levels.

At the 2019 Glasgow International World Series, Hill won silver and bronze medals while setting three new personal best times and an invitation to train at the Olympic Training Center in Colorado Springs, Colorado.

His success in Glasgow was followed by a spectacular performance in Peru at the 2019 ParaPan American Games where he won a silver medal and 2 relay bronze medals. He also received the honor to anchor the first Team USA men's relay to medal at an international paraswimming event.

Throughout 2020, Hill's goals became clear as he continued to experiment KAATSU with Coach Wong. The investment in KAATSU the Original BFR, both in the water and on dryland, as a modality to improve athletic performance, and to warm-up for races, and to recover from workouts is paying off well. Under Wong's tutelage, Hill has ventured into the Top 10 rankings of the world, an achievement that has not been reached by an American S10 athlete in nearly a decade.

Finally, within sight of the Tokyo Paralympic Games, Hill's dreams came crashing down. Down hard.

Due to a unique set of circumstances caused in part by the pandemic, Hill learned that his route to Tokyo was hampered by bureaucracy. But he was not about to lie low and accept fate. He and Wong uncovered and considered every possibility - and they found a route to Paralympic selection by going on an unplanned trip to Rio de Janeiro so Hill could be properly and officially categorized. His travel plans set, Hill went off on a 10-day journal from LAX to Houston to Rio de Janeiro to Houston to LAX to Indianapolis and back, using his new KAATSU C3 and the KAATSU jet lag and travel fatigue protocols throughout the long journey.

"He did KAATSU Cycles before and during the flight, and then once again behind his scheduled bedtime throughout his international travels," explains KAATSU Global CEO Steven Munatones. "We have been developing and testing these protocols ever since KAATSU inventor Dr. Sato and cardiologist Dr. Nakajima first tested their oxygen saturation rates (SpO2) before and after doing KAATSU on airplanes back in the 1990's. When the doctors first saw their oxygen saturation rates increase in flight, they knew they had something special."

Hill was selected for the Team USA Paralympic 50m freestyle sprinter and a relay member.

But his passion for swimming extends beyond his personal and professional goals for the Tokyo Paralympics. The World Health Organization show that 360,000 people lost their lives to drowning in 2016. In the United States, drowning ranks fifth among the causes of unintentional injury death according to the Centers for Disease Control and Prevention. In an attempt to lower the global drowning rate, Hill began Swim Uphill, an initiative to teach one million people to swim through a wholly innovative program supported by a digital swim school platform.

Swim Uphill is exploding with success and growth, just as its founder is doing in the swimming world.