Joe Gomes, A First Move, An Early Adopter, A Visionary 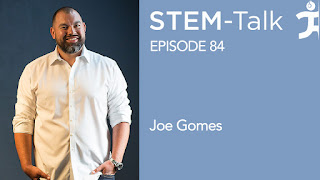 Joe Gomes is the Florida Institute for Human & Machine Cognition (IHMC) high performance director responsible for the development of staff and systems that evaluates, educates and prepares elite athletes or warfighters to perform at their best when it matters most.

Prior to joining the IHMC, the London native spent 3 years as the Head Strength & Conditioning Coach for the Oakland Raiders of the National Football League. While at the Raiders, he purchased KAATSU Masters and KAATSU Nanos and requested extra large KAATSU Air Bands for his oversized athletes.

He oversaw sport science, nutrition, strength & conditioning, player reconditioning and performance analytics, and was instrumental in the design, planning and opening of its new Performance Center near the Oakland Airport. His efforts helped the Raiders increase the number of their victories and boosted them to their first playoff appearance in 14 years.

Prior to the Oakland Raiders, Gomes was a Senior Advisor and Performance Director to the U.S. Army Special Operations Command (USASOC) where he oversaw aspects of programming and monitoring for USASOC as well as research and innovation for human performance initiatives.

The former rugby player and track athlete served as the Director of Performance for EXOS for 9 years where he ran the preparation program for the annual NFL Scouting Combine for 4 years. He trained 35 first-round draft picks, 13 top-10 players and four first-overall picks.

As a consultant, his clients include all branches of U.S. Military Special Operations, the U.S. Secret Service, and numerous sporting federations and professional teams across a number of sports.

To listen to Joe Gomes discuss a wide variety of topics, listen here.

Posted by Steven Munatones at 7:50 AM