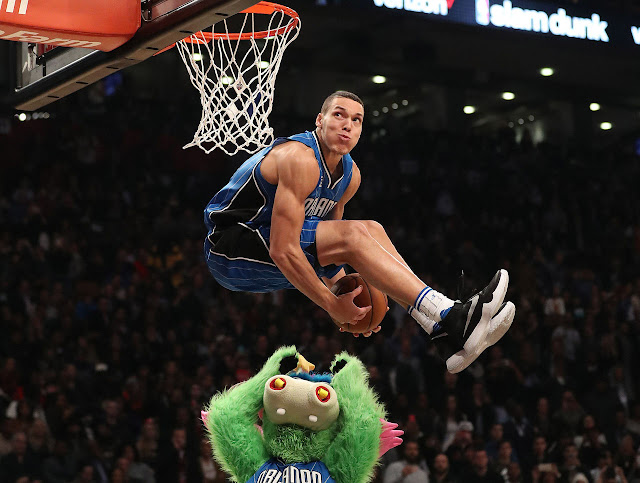 Aaron Gordon, an NBA basketball player from the Orlando Magic, is considered one of the most athletic players in the NBA. His dramatic dunks have captivated fans for years.

Like Gordon, athletes who focus on basketball, football, soccer, rugby, volleyball, and many other sports focus on explosiveness, acceleration, agility, and their vertical leap abilities. This is where use of the KAATSU Cycle and KAATSU Training modalities can make incremental differences and help athletes reach their true potential.

In a test witnessed by Dave Durden, the 2020 USA Olympic Swim Team coach and 5-time NCAA Coach of the Year, one of the University of California Berkeley Assistant Athletic Performance coaches wanted to focus on KAATSU effects on performance. Steven Munatones recalls the test with Joel Smith, "Joel was not focused on recovery or rehabilitation with the KAATSU equipment, but rather on performance. So he did 3 KAATSU Cycles, with progressively higher pressures, on his arms. We walked right over to the gym after the 12 minutes of KAATSU Cycles was finished in order to shoot 5 free throws - without a warm-up. 3 shot were beautiful swishes, 1 ball bounced around the rim and went in, and 1 ball bounced out.

KAATSU passed the initial performance test, however rudimentary it was.

Then we did one more KAATSU Cycle on his leg at a fairly low pressure. We tested his vertical leap with a vertical leap measurement device in the Haas Pavilion on the Cal campus. Even without a warm-up, he leaped 26.0 inches; he said 'It was a lifetime best'. Joel was surprised, but I was not because not only were his vascular tissue with his limbs were made more elastic with the KAATSU Cycles on his arms and legs, but he had already done 16 minutes of KAATSU Cycles and a hormonal response was well underway.

Joel said that in order for KAATSU to be scientifically and statistically valid that he needed to leap at least one inch more than his best. We took up this challenge. The next two sets of KAATSU Cycles were done with a higher manual Base SKU and higher Optimal SKU levels while he did 2 more KAATSU Cycles with the KAATSU leg bands (at 350 SKU).

He walked up to the vertical leap measurement device and jumped again. 27.2 inches.

He did it again and leaped 27.5 inches. He leaped a fourth time and did 27.5 inches again. It was 1.5 inches greater than his max. Test passed."

Detailed training recommendations for increasing one's vertical leap over the course of a short duration (1-2 weeks) or over the duration of a season include the following:

Kevin Perrott, PhD of OpenCures explains a bit what happens biochemically after sets of KAATSU Cycles: