Paul Grzymkowski, A Giant In The Fitness Industry, Leaves A Legacy 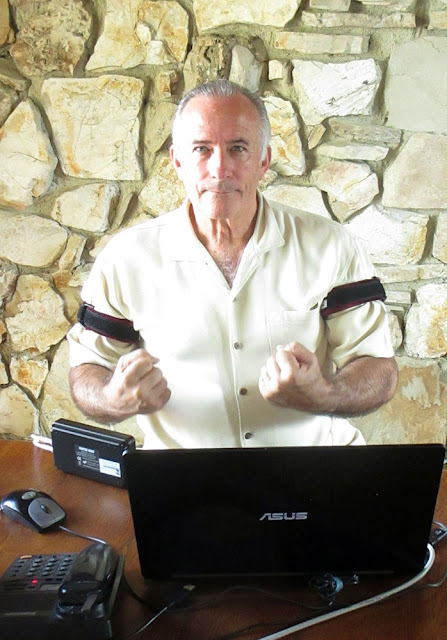 Paul Grzymkowski, a renowned fitness industry expert and a key partner who developed the Gold's Gym franchise, suddenly and unexpectedly passed away on April 1st 2021 in Woodland Hills, California at the age of 72.

In 1980, Grzymkowski moved to Southern California as the request of his brother who had acquired ownership of the first Gold's Gym in Santa Monica. As the president and international director, he quickly established Gold’s Gym Franchising in order to get out of a financial bind and unbolt the padlocks that were placed on the front doors by the local bank.

In order to buy some time before the banks acquired the property, Grzymkowski wrote the original business plan that redefined the business of the emerging fitness industry. He developed a profitable, comprehensive franchising system for Gold''s Gym that would be the model for the fitness industry. His vision ultimately led to over 2 million members joining 535 franchised Gold’s Gym fitness centers in 47 states and 24 countries.

Grzymkowski always had vision and an eye for the new and innovative. He eventually became a KAATSU user in 2014 and understood KAATSU presented a revolutionary means for people of all ages and from all walks of life to become and remain fit.

While Grzymkowski knew that BFR (Blood Flow Restriction) and Occlusion Training were used by young men, bodybuilders or individuals who are focused on muscle building, he saw the ease-of-use and portability of KAATSU, as the original BFR, beneficial for everyone including - and especially for - those who are deconditioned (out-of-shape), lazy, older, or injured.

BFR and Occlusion Training often use inexpensive products, produced inexpensively, with inexact means to measure or understand precise or specific pressures, Grzymkowski appreciated precise, safe, proven equipment for aging Baby Boomers or those between the ages of 50 - 80.

"Paul and I talked at length about how Baby Boomers are not focused on building biceps or broad shoulders, but more specifically on maintaining pain-free overall wellness or doing effective, efficient rehabilitation from injuries and surgeries," recalled Steven Munatones. "He explained how older people's interest in KAATSU and other exercise modalities is more functional and less cosmetic, more focused on generating a healthful hormonal response rather than getting bigger muscles."

As 75.8 million American Baby Boomers either transition from the end of their careers or are in full or partial retirement, many of them have spent their most recent years raising children, financing college educations, paying for weddings, and helping out with grandchildren. These pressures play havoc with their fitness levels, especially in the confines of an over-stressed, overworked, and under-exercised lifestyle.

"KAATSU presents an easy-to-implement catalyst for individuals over the age of 50 to return to their former selves," said Grzymkowski. "10,000 Baby Boomers in America will celebrate their 65th birthday every day for the next 2 decades (3,650,000 new Baby Boomers per year). This is a huge market for every fitness professional to consider."

Munatones added, "Paul understood that a 65-year-old man or women sees the rest of their life much differently than they did at the age of 25 or 35. The quality of life is their focus, but they also face higher body fat percentages, lowered muscle mass, lessened aerobic capacities, and various ailments are regular experiences. He spent so much time with me educating me on how to live well, eat well, and everything from the best waters to use for hydration and the joy of being creative and a great friend, co-worker and neighbor."

"We must recondition the 26% of the total U.S. population in innovative ways, using modalities that are self-sustaining and much more low-impact than what we used to do in our youth or even mid-age," Grzymkowski once said. "Heavy barbells and dumbbells are not ideal equipment to serve as a catalyst to whipping Baby Boomers into shape. Aerobics, spinning, and elliptical machines are also not for everyone. We have to look for something even more revolutionary."

Grzymkowski spent his lifetime around barbells, dumbbells, and spinning bikes - but with an eye towards the future and for the benefit of all. "I have not changed - I love feeling pumped when I exercise. When I feel my biceps bulge or my quads burn, it recalls my strength of former years. But I do KAATSU and can change my body shape without heavy weights. I am doing it with the KAATSU pneumatic bands. The KAATSU equipment that are used so effectively by senior citizens in Japan and elite athletes around the world. When I do use weights during my KAATSU workout, I tend to use light dumbbells or weight plates of no more than 5-pounds." 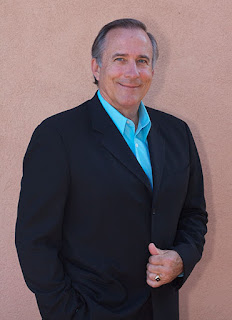 Grzymkowski left a legacy - with Gold's Gym and everything else he touched and envisioned.

He was a former wrestler and football player who grew Gold's Gym from 1980 to 1999 with his brother Peter and two partners. Club Insider reported, "Paul made a positive difference in the lives of almost everyone he touched, and in return, his time with Gold’s Gym and all the business colleagues and franchisees he worked with meant the world to him. He really loved and lived Gold’s Gym and was largely responsible for the domestic and international growth of the well-known fitness franchise.

Over the last several years, he sat on the board of three corporations and was involved with Health Engineering Group, GetCyced, KAATSU Japan, Nutrimost, Quicksilver Scientific, Original Quinton, Water & Wellness. He was head usher at Corpus Christi Catholic Church in Pacific Palisades, a 4th degree Knight of Columbus, and sat on the board of directors of the Will Geer Theatricum Botanicum (a non-profit repertory theatre and academy) for 12 years.

He worked with many charitable organizations such as H.O.P.E. (Helping Other People Eat), CERT (Community Emergency Response Team), Arson Watch, T-CEP (Topanga Coalition for Emergency Preparedness), The Topanga Trash Warriors, The Nature of Wildworks (animal rescue which was especially close to his heart) and cooked monthly for the ‘Topanga Sages’ dinner.

Paul’s warmth, spirit and generous nature were evident in each and every aspect of his life, and he will be profoundly missed by the many people who were lucky enough to know him


Posted by Steven Munatones at 5:14 AM