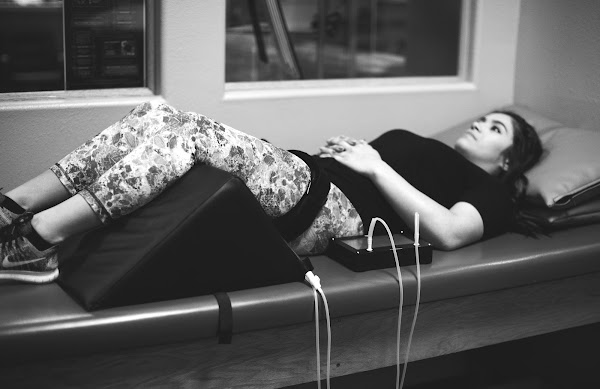 For who? Baby Boomers, retirees or athletes who have hip surgeries

For what? prehab and rapid rehab recovery in order to regain mobility and flexibility, and maintain strength

Some surgeries are minimally invasive and others are much more so, like hip surgeries.

The fundamental post-surgerical KAATSU protocols for those who have had hip surgery involve traditional physical therapy combined with Progressive KAATSU Cycle sets performed before, during, and after each physical therapy session.

Before a post-surgerical patient begins their traditional physical therapy, they can do 3-6 sets of the Progressive KAATSU Cycle mode (from low pressure to higher pressure), both on their arms and legs.

This is due to the systemic effects of KAATSU and the biochemical reactions that occur as the result of Progressive KAATSU Cycle sets.

During physical therapy, the patient continues to do the traditional modalities that their therapist prescribes. They can do these movements and exercises with the low-to-medium KAATSU Cycle pressures on (i.e., 30 seconds of compression followed by 5 seconds of decompression, as the compression gradually and incrementally increases).

* The decompressed KAATSU Air Bands are manually placed on the limbs with standard one-finger tightness
* The decompressed KAATSU Air Bands are then inflated slowly, gradually, repeatedly, and incrementally
* In the beginning of the session, patients can do the following KAATSU 3-point exercises during the compression and decompression phases: toe curls + ankle dorsiflexion + ankle plantar flexion
* As they warm-up, patients can do KAATSU Walking, gradually increasing the distance during each session
* As they heal and progress with their physical therapy, they can add quarter squats and calf raises and other movements and exercises, as well as increase their walking distance
* The session can continue after removing the KAATSU Air Bands as they finish with traditional physical therapy
* The patients can use their KAATSU equipment at home or at the facility after their physical therapy session is over, doing low-to-medium Progressive KAATSU Cycle sets on their arms - and their legs, if they wish
* In the early stages of intervention, only one KAATSU Air Band is placed on their affected leg. As they heal and progress, both KAATSU Air Bands are placed on both their affected and healthy legs.
* Throughout the rehabilitation and recovery period, patients can use the KAATSU Air Bands are both their arms without restriction, doing standard training movements in the Progressive KAATSU Cycle mode placed on both arms

These Progressive KAATSU Cycle sets help enhance the natural healing process due to the systemic effects of KAATSU.

Steven Munatones says, "One thing that we have seen time and time again with surgeries on the upper and lower limbs is how quickly the patients' skin and wounds heal. The skin around the wound heals so quickly with repeated KAATSU Cycle sets that the skin grows over the sutures - much faster than what is normally expected by physicians.

When physicians schedule the normal removal of the sutures, patients utilizing Progressive KAATSU Cycle sets will often experience faster than normal healing of wounds and incisions. So, a patient should inform their attending physician of this phenomenon
."

* Patients can augment their traditional physical therapy with Progressive KAATSU Cycle sets up to 3 times per day in the comfort of their home or before or during their physical therapy sessions in the mornings, afternoons, and evenings.
* Progressive KAATSU Cycle sets consist of repeated 30 seconds of inflation of the KAATSU Air Bands followed by 5 seconds of deflation. There is a slight increase in pressure during each subsequent inflation interval.
* 3-6 Progressive KAATSU Cycle sets are first done on their arms and then followed by 3-6 additional Progressive KAATSU Cycle sets on their legs.
* All standard KAATSU protocols (i.e., Do's and Don'ts) should be strictly followed:
-- remain well hydrated before and during the KAATSU sessions
-- 'one-finger tightness' is recommended when applying the KAATSU Air Bands on your arm and leg bands
-- always start KAATSU on the arms, then do KAATSU on the legs
-- arm and leg skin tone should turn darker than the normal skin color (i.e., pinker or redder) as the limb's vascular tissue becomes engorged with blood
-- breathe normally while doing KAATSU; holding of one's breath is strictly prohibited
-- always feel comfortable doing KAATSU; never feel uncomfortable or lightheaded
-- always start off with conservative pressure and gradually increase
-- do simple movements during KAATSU Cycle sets; intense, vigorous exercises are not required
-- do Single-limb KAATSU Cycle sets on the affected leg in the initial stages and then incorporate the Standard (Dual-limb) KAATSU Cycle sets on both legs later
-- do simple Standard KAATSU 3-Point Exercises on the arms (e.g., Hand Clenches, Biceps Curls, Triceps Extensions)
-- Additionally, isometric exercises and muscle contractions can also be performed
-- avoid any painful or sudden movements. KAATSU is best done with slow, easy, gentle movements
-- The skin and underlying tissue quickly repair and recover - so much so that patients who do post-surgery KAATSU will have to get their stitches removed much more quickly than those patients who do not do KAATSU

"You always want to start off with your arms," said Munatones. "That is key for optimization of the effects on your lower body, although that may seem counter-intuitive. Also, seemingly counter-intuitive is to start slowly with the KAATSU pressure. There is no need to start off with high pressure; in fact, that is not recommended. You always need to start with light, conservative pressure. You can start off with low pressure on the first one or two sets - each set is between 5-6 minutes. Then you gradually increase the pressure on the subsequent sets.


Posted by Steven Munatones at 8:43 AM