Recovery From A Marathon And Climate Change 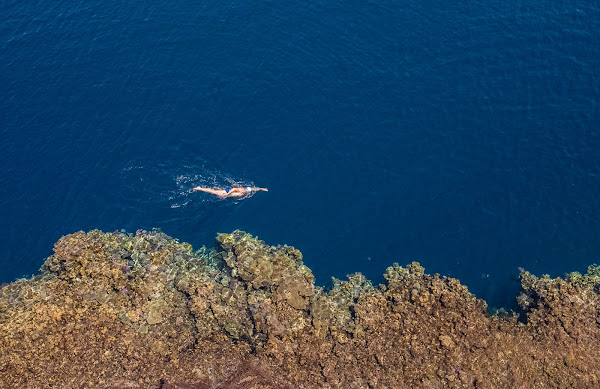 Recovery is the great underutilized purpose of KAATSU, the Original BFR.

To call attention to and effecting change in a changing marine environment.

From the bottom of the Earth to the North Pole, Pugh has done numerous environmental swims. Tomorrow on October 11th, he will start an unprecedented 160 km stage swim across the Red Sea from Saudi Arabia to Hurghada, Egypt, ahead of the UN Climate Conference (COP27) that will be held in Sharm el-Sheikh, Egypt.

He plans to finish on October 25th. His feat will require 15 days of non-stop swimming a bit over 10 kilometers each day. Recovery from each marathon swim of over 6.2 miles will be essential for his success.

To pioneer The Red Sea Swim while highlighting the impact of climate change on coral reefs which supports essential biodiversity. He explains, "The Red Sea is home to some of the world's most biodiverse coral reefs, and the most resistant to climate change. The swim will highlight the speed of the Climate Crisis ahead of COP27, where all nations will be encouraged to drastically cut their emissions." 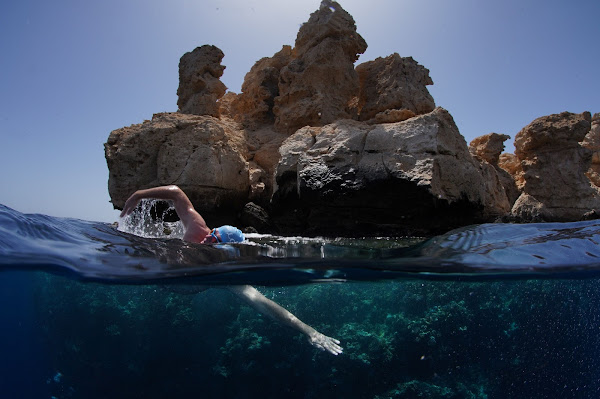 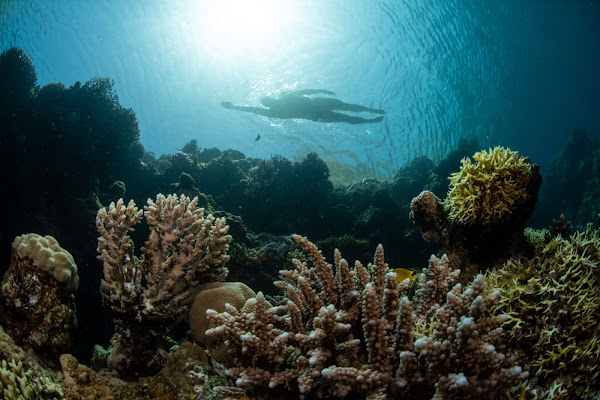 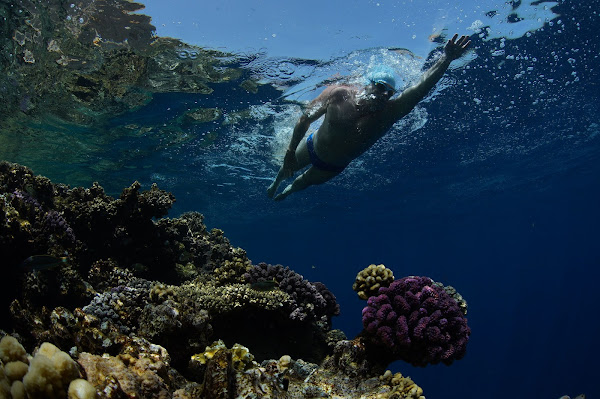 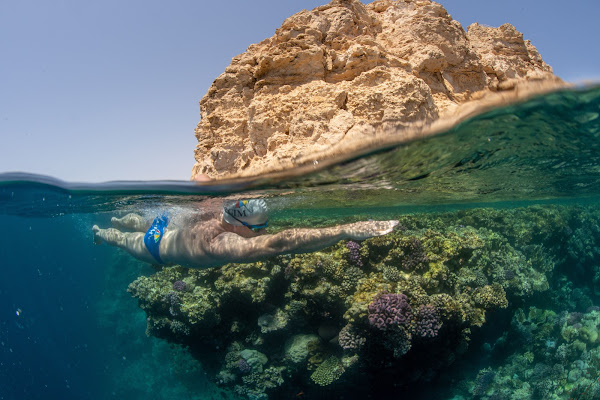 Permissions to attempt this 2-week stage swim from Saudi Arabia to Egypt recently came through in October. Along the way, he will swim approximately 10 km every day and will pass Sharm el-Sheikh where world leaders will be gathering for COP27 in November.

Pugh will swim over some of the most precious coral in the world while avoiding the large tankers in one of the world's busiest shipping lanes leading to the Suez Canal and urging nations to drastically cut their emissions, to tackle the climate crisis, and protect the world’s oceans.

The International Marathon Swimming Hall of Famer explains, "Coral reefs support 25% of all ocean life and are the most biologically diverse ecosystem on Earth. If we lose our coral reefs, we will not just drive many thousands of species into extinction, we will lose an entire ecosystem, on which we depend. This would be unprecedented in human history. Coral reefs are the nurseries of our oceans, and home to some of the most incredible life on earth. I refuse to accept that we could lose them in my lifetime."

While he is best known for swimming in the coldest waters in the world in Antarctica, North Pole, and high up on Mount Everest, Pugh will now swim in very warm water. "I've been swimming in the world's oceans for 35 years, and during that time I've seen them change dramatically. The biggest changes I've seen are in the Polar Regions, and in coral reefs. Both are affected by rising temperatures: the poles are melting, and the coral is dying. Ice and coral are the Ground Zeros of the Climate Crisis. These changes are happening before our very eyes; as evidence of global warming, they are indisputable.

UN Secretary General António Guterres calls the Climate Crisis "a code red for humanity". Pugh emphasizes that "coral reefs are the barometers that illustrate clearly what happens when we heat our planet. Every fraction of a degree now matters."

If ever an area needed to be properly protected, this is it. Half the world’s coral reefs are believed to have died since the 1950's due to warming sea temperatures, combined with overfishing, pollution and reef disturbance. Red Sea coral is different. Researchers have found that the coral in the Red Sea is more resilient to warming and acidification than coral in other places, such as the Great Barrier Reef, where bleaching events are increasingly common.

If temperatures continue to rise as predicted, the coral of the Red Sea could be the last surviving coral on earth, so it is imperative that we protect it from other threats."

The Lewis Pugh Foundation is partnered with HEPCA – the Hurghada Environmental Protection and Conservation Association - to promote and organize his Red Sea Swim. HEPCA is a passionate and proactive network of scientists, professional divers, industry experts, and community members working to protect the resources of the Red Sea.

HEPCA are calling for the Great Fringing Reef of the Egyptian Red Sea to be declared a multiple-use protected area. There is clear scientific evidence that the Great Fringing Reef, which is characterized by high resilience and tolerance to climate change, could be the last refuge for coral reefs worldwide. One of HEPCA's projects is to reduce the pressure on the coral reefs around Hurghada, where the number of dives at some sites has reached more than 200,000 annually (the recommended carrying capacity is 5,000 - 22,000 dives in a single dive spot).

Marine Protected Areas (MPA's) make the oceans more resilient to climate change. At the UN Climate Conference (COP27) in Sharm el Sheikh this November, Lewis will call for 30% of the world’s oceans to be protected by 2030, stressing to world leaders the role healthy oceans play in mitigating against the Climate Crisis. He hopes government officials will move beyond long-term commitments towards immediate urgent action.

In 2018, Pugh swam the length of the English Channel from Land's End to Dover calling for the UK to protect 30% of oceans by 2030. After the swim the UK become the first major economy to commit to this target, and urged other nations to do the same. To date, 128 nations have joined this call, making it the largest conservation drive in history.
The COP27 (UN Climate Change Conference) will be held November 7th - 18th in Sharm el Sheikh. 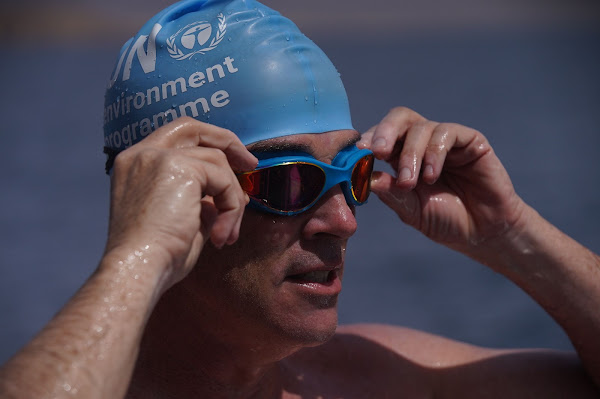 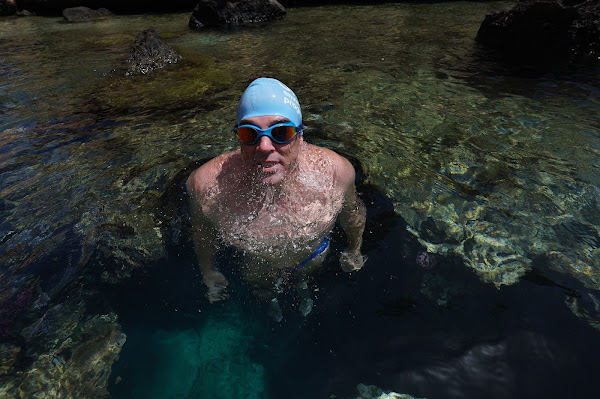 For more information on the Lewis Pugh Foundation, visit here.

For more information on The Red Sea Swim, visit here.

Photo courtesy of Steve Benjamin of the Lewis Pugh Foundation.