The Times, Talents and Travels of Chris Morgan 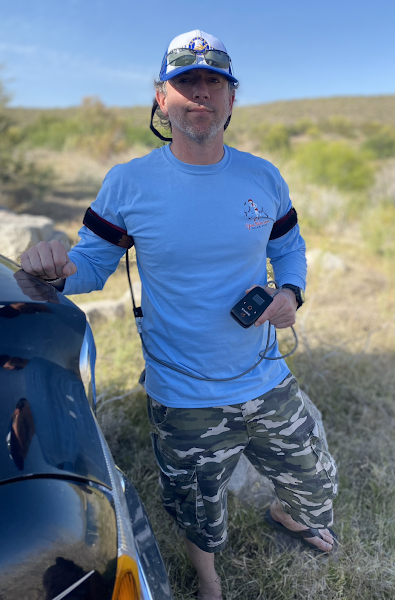 KAATSU Global's Chief Performance Officer Chris Morgan is a man of many talents - and an abundance of energy.

Morgan organizes events (Beverly Shark Swim and the Clean Harbor Swim in Gloucester, Massachusetts as well as coaches competitive age-group swimmers and open water swimmers. Many of his teenage swimmers have gone on to compete at the NCAA Division I level (e.g., University of Michigan, University of Georgia, Stanford University, Harvard University, Yale University, and Brown University). The California native, prior to relocating to Danvers, Massachusetts, coached 14 years in Switzerland where he coached one of his swimmers to qualify first in the men's 200m freestyle ahead of Michael Phelps at the FINA World Swimming Championships and three other athletes to the 2008 Beijing Olympic Games.

Morgan recalls one of his more interesting experiences coaching at the highest levels, "One of my swimmers always loved to eat a PowerBar before his races. But at the 2009 FINA World Swimming Championships in Rome, he couldn't find a PowerBar. He started to panic before his race and I knew that I had to do something for him. I just so happened to be standing next to Bob Bowman [the renowned coach of Michael Phelps]. I asked him if he had a PowerBar. He surreptitiously grabbed one for me and gave it to me - and my swimmer was beyond relieved. Well, he went on to qualify first in the semifinals - ahead of Michael [although Michael later won the championship final]. When I next saw Bob, he said to me - half jokingly and half not so jokingly - 'that is the last time that I give you a PowerBar'". 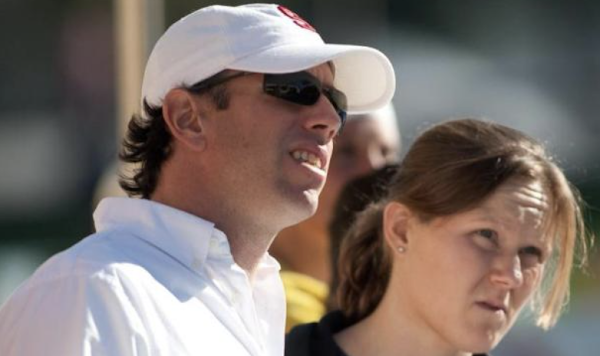 Most recently, Morgan escorted Steven Munatones on a kayak at the famed 66 km SCAR Swim in Arizona. It was the first time that he had kayaked for a marathon swim. Munatones recalled, "Chris did a great job throughout the competition, escorting me for over 16 hours total, from point to point across the four lakes of SCAR. It wasn't easy for anyone, especially the kayakers, in the stiff wind. This event is one of the world's great extreme marathon swimming competitions.

But what was even more impressive was that Chris was always on call, driving from lake to lake, helping pilot the pontoon boats, unloading the kayaks, and then going immediately - only after a few hours sleep - to the Milken Global Conference in Beverly Hills [California] where he stood on his feet for four straight days, exhibiting and explaining KAATSU to the attendees who pay the US$25,000 (per person) for the conference. But he also teaches KAATSU to people in their70's and 80's at Boston University and elsewhere.

From there, he travels to the UK where he makes a formal presentation at the annual British Association of Sport & Exercise Medicine Conference in Brighton - and then he heads off to London to exhibit and explain KAATSU and KAATSU Aqua at the Health Optimisation Summit as the Chief Performance Officer of KAATSU Global. 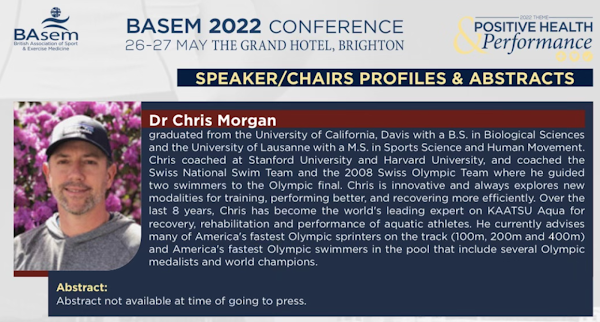 Chris has always been non-stop. He has so much energy - and he walks the walk with KAATSU - for himself and his athletes. He has rehabbed himself from broken ribs and a cracked heel bone - and he was KAATSU Cycling throughout the SCAR Swim which helped him keep him on his game.

During the COVID lockdowns and quarantines, he kept on teaching and coaching from conceiving of and explaining the concept of the 9 Hands of Swimming, and organizing and teaching creative backyard pool swimming sets for sprinters, middle distance, and distance swimmers. He also coached KAATSU Aqua workouts in Endless Pools, via Zoom, and other virtual settings.

Chris has always been non-stop. During the COVID lockdowns and quarantines, he kept on teaching and coaching - from conceiving of and explaining the concept of the 9 Hands of Swimming, and organizing and teaching tough backyard pool swimming sets for sprinters, middle distance, and distance swimmers and doing KAATSU Aqua workouts via Zoom and other virtual settings. 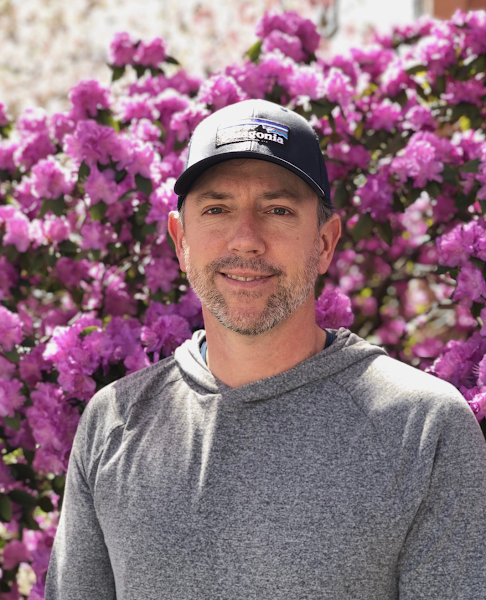 Morgan was invited to present KAATSU and KAATSU Aqua at the 2020 Tokyo Olympic Games, but the pandemic restrictions prevented him from exhibiting KAATSU at the IOC Hospitality Center as planned. However, prior to and during the Olympics, he was consulting with athletes on both the USA Olympic Track & Field Team and the USA Olympic Swimming Team including several gold, silver, and bronze medalists. Not one to miss an opportunity to teach and coach, he did the same with athletes at the 2022 Beijing Winter Olympic Games and during the Major League Baseball season.

My head spins with his network within the NBA (National Basketball Association), Hollywood stars, and women's professional tennis (including Venus Williams). He is constantly on the move."

For more information about Morgan and his colleagues at KAATSU Global, visit here.