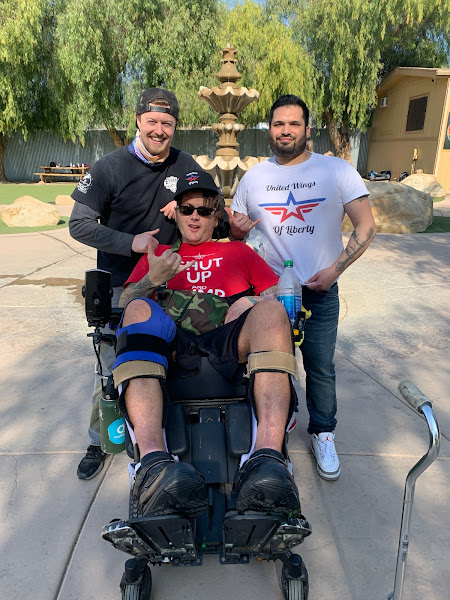 Not only has retired U.S. Army Green Beret Sergeant 1st Class Joseph Lowrey made significant improvements in his muscle tone and mobility after improbably surviving a horrific gunshot wound to his head during a combat tour in Afghanistan, but also his vision scores have returned to his pre-seizure levels.

"Not only has Joe improved his cognitive functions, but his vision improvements will enable him to obtain a California State driver's license," said Steven Munatones. "Getting his license and being able to drive is another major step in his long rehabilitation from a month-long coma after getting shot in the head. When I first met Joe, he had to record everything that I said because his short-term memory was so impacted. Now, Joe can talk profoundly about his ketogenic diet or his increased muscle tone and elasticity or a new author he is reading or his deep faith in God."

The Long Beach, California native is an avid KAATSU Cycle 2.0 user - doing twice-daily sessions on both his arms and legs - while launching his G.I. Joe YouTube channel and working with his colleagues at United Wings of Liberty.

Posted by Steven Munatones at 8:24 PM No comments: