Coach, Do No Harm 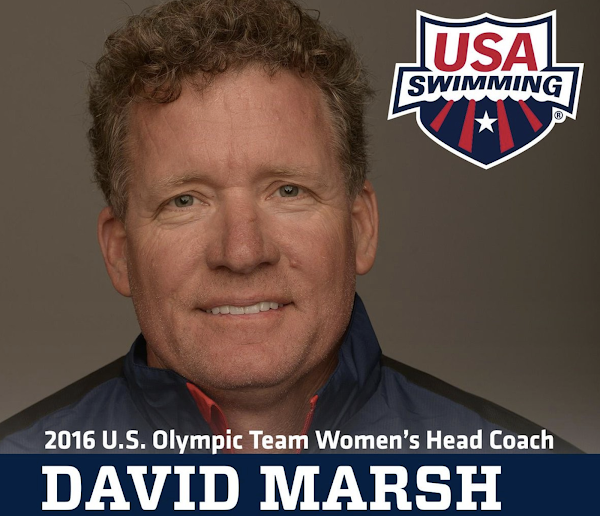 In a recent New York Times article (A Hot Fitness Trend Among Olympians: Blood Flow Restriction), Olympic swimming coach Dave Marsh - who has coached 49 athletes to the Summer Olympic Games - stated that one of his athletes (Roy-Allan Burch of Bermuda) had used KAATSU to dramatically rehabilitate from a double knee patella tendon rupture.

Burch's recovery from the injury and the subsequent muscle atrophy was significant. Burch eventually made it back to qualify for the 2016 Rio Olympics against all odds despite his injury to both legs. 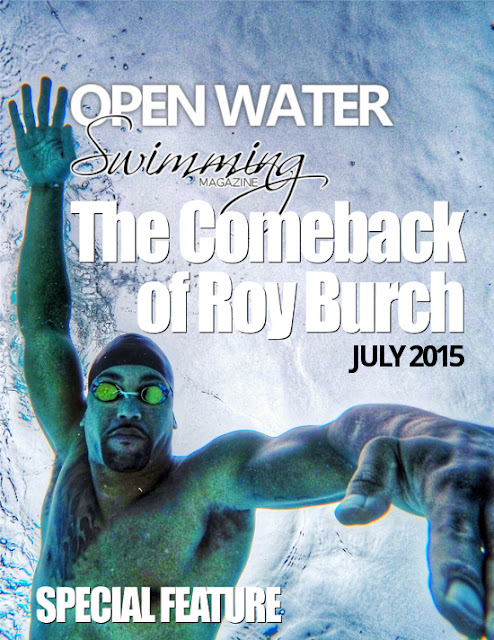 "It was great to see and be a part of Roy's remarkable comeback," said Chris Morgan.

"Many of the athletes and their coaches want to learn about how to use KAATSU for improved athletic performance and recovery, but I also teach them about our jet lag protocols."

But a vast majority of swimming coaches - like Marsh - have not 'jumped on the KAATSU bandwagon' as described by New York Times deputy sports editor Matt Futterman. As yet, Marsh has yet to recommend KAATSU in the training of his athletes. "The first job of a coach is to not do any harm. It seemed to me that with blood flow restriction, it could lead an athlete to take a step backward," explained Marsh to Futterman.

"Marsh speaks the truth - a coach should absolutely do no harm. That is so true - coaches need to be just like physicians who take the Hippocratic Oath," said Steven Munatones, Chief Executive Officer of KAATSU Global.

"But a coach also has a responsibility to investigate, offer, and teach their athletes the best modalities and training possibilities in order to achieve their full potential. The global world of athletics is too competitive to rely on the past and old-school techniques instead of constantly seeing what can make their athletes more efficient and effective in their preparations..

This belief that KAATSU could take athletes backwardsis where Dave fundamentally and specifically misses a key point. First of all, his statement that Roy did blood flow restriction points to his misunderstanding. There is no restriction of arterial blood flow - or the blood flow from the torso to the limbs. In reality, KAATSU does the exact opposite. There is a slow, gradual, and safe blood engorgement in the limbs - that is a key principle of KAATSU. 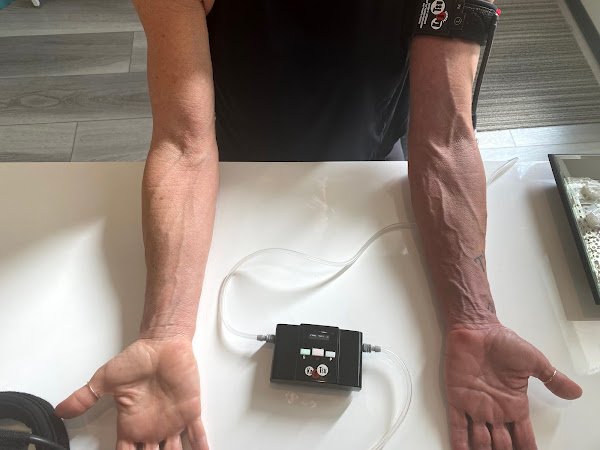 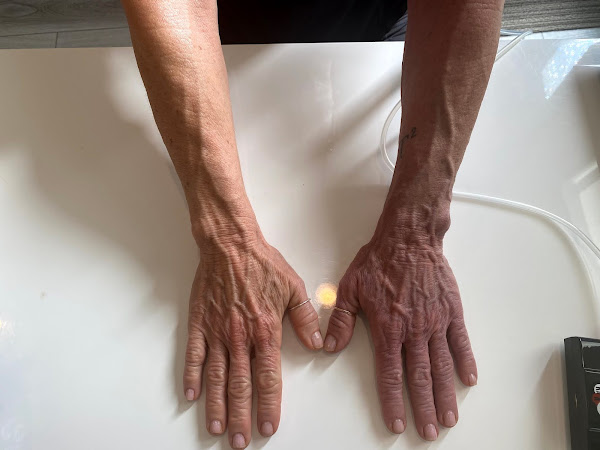 The vascular tissue is engorged with incremental increases of blood while doing the KAATSU Cycle mode. You can see the effects of slow, gradual, rhythmic compression and decompression of the pneumatic KAATSU Air Bands on the photos on the left.

This rhythmic compression and decompression not only brings increased elasticity to the vascular walls of the arteries, veins and capillaries throughout the healthy and injured parts of the body, but it also serves as the catalyst for a significant secretion of healing hormones - in addition to enhancing the strength and resilience of muscle. There are so many biochemical processes that concurrently occur in the body naturally and safely that it would take hours to properly and comprehensively cover all effects and outcomes [check out www.kaatsu.com for more information].

Coaches can first understand KAATSU with a basic understanding of human physiology, anatomy, and the metabolic processes that occur as a result of hard training.

It is not hard - it just takes a bit of time to study and try the KAATSU Air Bands yourself. This is precisely why America's best trained athletes - including the tactical athletes of the Special Operations Command or Navy SEALs and many professional athletes - use KAATSU regularly for rehabilitation, recovery, and athletic performance."

The New York Times article (A Hot Fitness Trend Among Olympians: Blood Flow Restriction) is here. The research article - Effects of resistance exercise combined with moderate vascular occlusion on muscular function in humans - that was published in 2000 and noted in the article is posted here.

To support Michael Andrew's focus on the 2020 Tokyo Olympic Games and beyond, use SWIMMERMICHAEL code to purchase KAATSU equipment at www.kaatsuglobal.com.