Robert Griswold wins his second gold medal at the Tokyo Paralympics in the S6 100m butterfly - 20 years after Dr. Sato's seminal presentation on the use of KAATSU for individuals with congenital cerebral palsy.

The 24-year-old American, originally from New Jersey, said, "I just wanted to take a minute to say thank you to everyone who has helped me make this dream possible. Since I was a little boy, I have worked and sacrificed for this dream of representing my country at the highest level possible. The last few days have felt unreal and I have spent every free moment reflecting on this journey.

I am so touched by all of the messages and notes that I have received from so many and I just want to thank you for all the support I am only halfway through competition and I am excited to continue representing Team USA."

For American viewers, the race can be seen here. 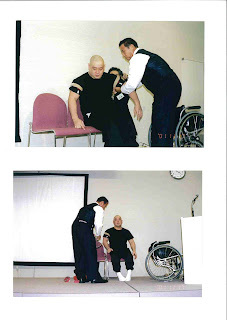 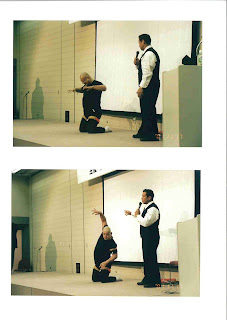 Dial forward to 2017 when Griswold called Munatones and asked about KAATSU. Griswold, similar to Mr. Kato, has congenital cerebral palsy in Tokyo. He was in the middle of training for the 2020 Tokyo Paralympics and wanted to start KAATSU in order to improve his strength, flexibility and mobility.

Griswold has been doing so ever since. Utilizing the patented KAATSU protocols created by Dr. Sato and first utilized by Mr. Kato, Griswold started to see significant improvements as he had hoped.

Griswold dreamed of standing on top of the awards podium in Tokyo and hearing his national anthem. He did that twice in Tokyo. 20 years after Mr. Kato had wowed the participants in the 2001 KAATSU Training International Symposium, Griswold similarly impressed with a world record setting performance to win the gold medal at the 2020 Tokyo Paralympics.

"Robert has always impressed me, both in and out of the water," remarked Steven Munatones.