How The University Of Alabama Uses KAATSU 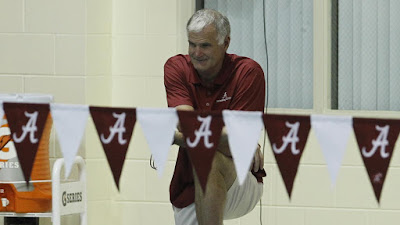 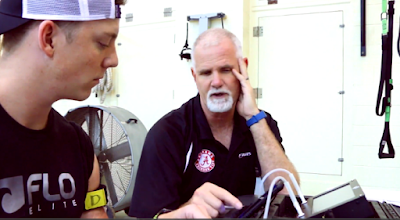 Among his many athletic and coaching achievements, Jonty Skinner will be inducted as a coach in the American Swimming Coaches Association Hall of Fame Class of 2017.

The current Associate Head Coach at the University of Alabama first made his name in the international sports arena as one of the fastest sprinters in the world.

He was one of the gold medal favorites in the 100m freestyle at the 1976 Montreal Olympic Games. However, his home country of South Africa was still banned due to its apartheid, and he was ineligible to compete.

At the 1976 Olympics, his American rival Jim Montgomery won the 100m gold medal en route to becoming the first swimmer in history to break the 50-second barrier in the 100m freestyle with a 49.99. Twenty days later at the American national swimming championships in Philadelphia, Skinner swam a 49.44 to set the world record that would last for the next five years.

Upon his retirement as the world's fastest sprinter, Skinner has established an even greater legacy, in coaching.

He has become a scientifically-minded, analytically-oriented coach which included an 8-year reign as USA Swimming’s Director of National Team Technical Support covering the 2000 Sydney, 2004 Athens, and 2008 Beijing Olympic Games. In this position, Skinner was charged with organizing all of the testing, monitoring, and analysis of national team swimmers.

He also coached three separate times in Tuscaloosa at the University of Alabama (1978-1981; 1988-1994, 2012-present) in one of the swimming world's most prestigious swimming programs.

Posted by Steven Munatones at 2:46 PM No comments: