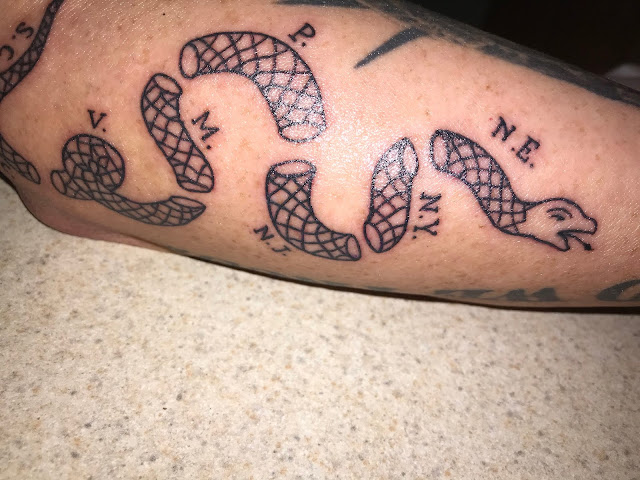 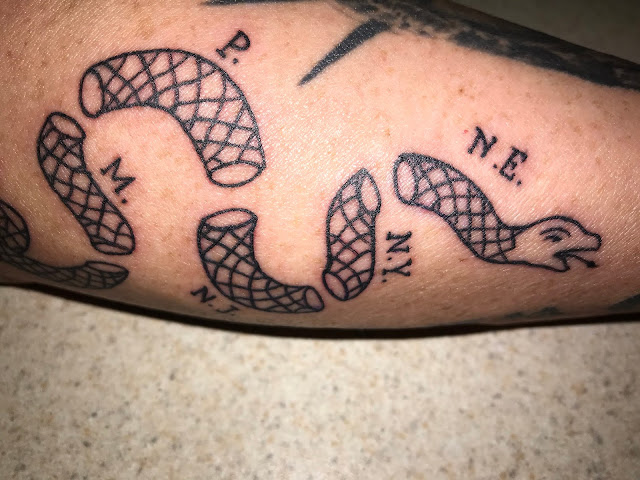 Dave Carlson, a renowned water polo coach in Los Alamitos, California and a regular user of the KAATSU Cycle 2.0, came up with the KAATSU tattoo protocol (the "Carlson Protocol").

Then he did 3 KAATSU Cycles (Low, Medium, High) after the session was over. Then he went to his local gym and worked out with 3 additional KAATSU Cycles on Group Low (the lowest setting possible on the KAATSU Cycle 2.0). 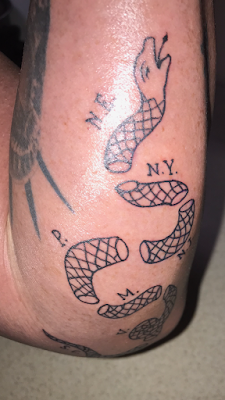 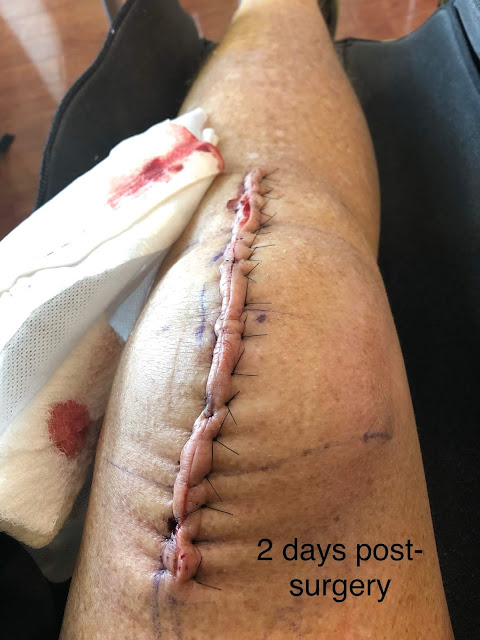 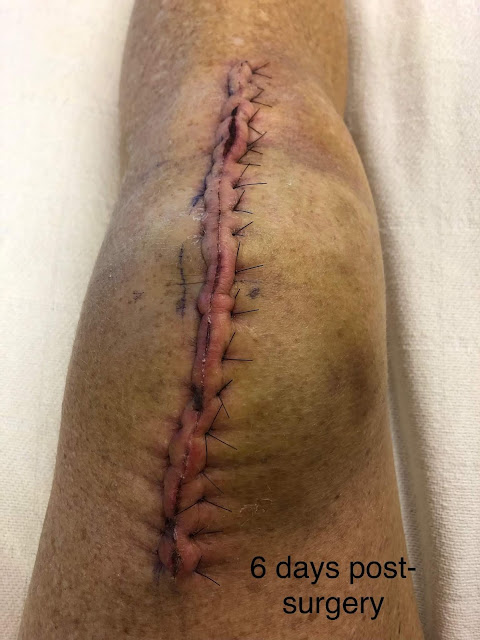 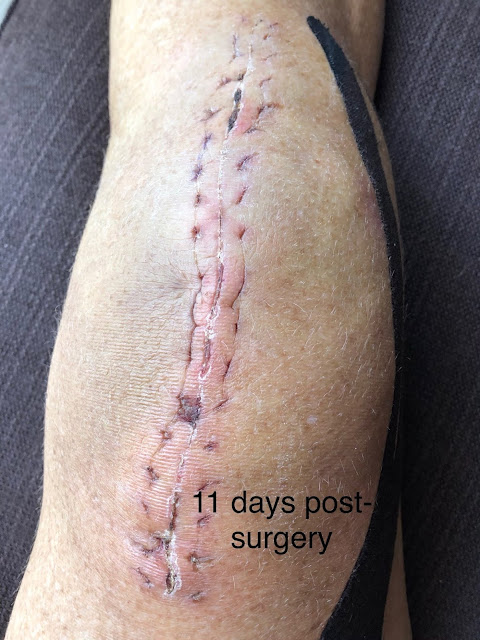 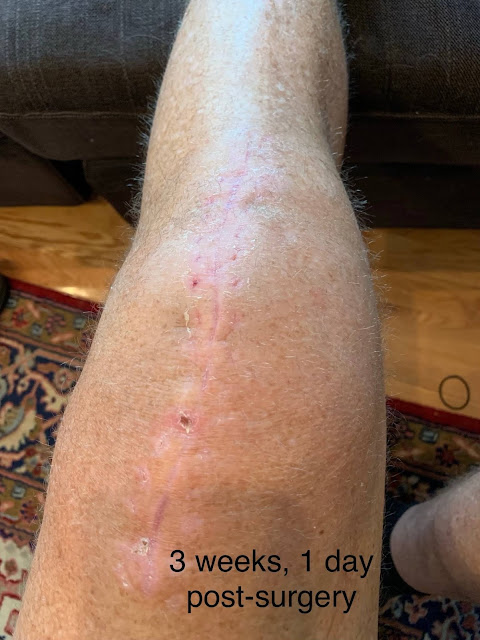 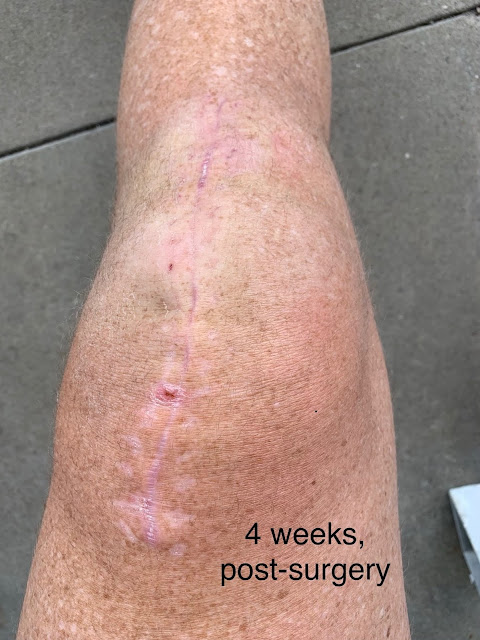 This is why people who have arthritis or are experiencing different kinds of pain report feeling relief after bouts of KAATSU.

These five periodically taken photographs show the rapid recovery of the sutures and skin on a 49-year-old patient who had total knee replacement surgery at a VA facility in Florida.

"One thing that we have seen time and time again is how quickly the skin and wound heals," says Steven Munatones. "The skin around the wound can heal so quickly with repeated KAATSU Cycles that the skin grows over the sutures - much faster than what is normally expected by physicians.

This can cause an unanticipated post-surgical issue if the skin grows over the sutures. When physicians schedule the normal removal of the sutures, patients utilizing regular KAATSU Cycles will often experience faster than normal healing of wounds and incisions. So, a patient should inform their attending physician of this phenomenon
."

Posted by Steven Munatones at 2:26 PM