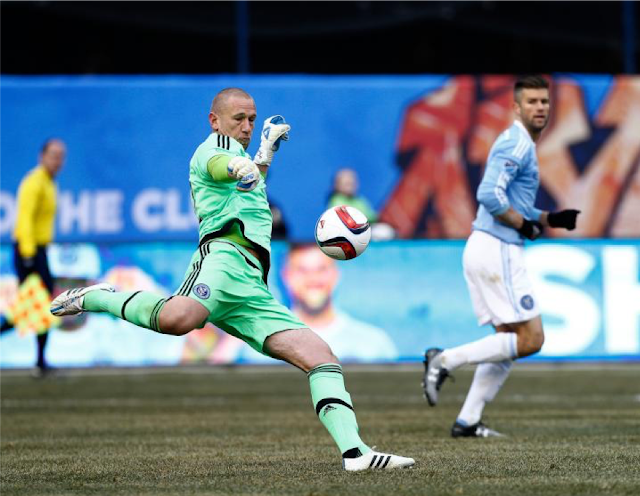 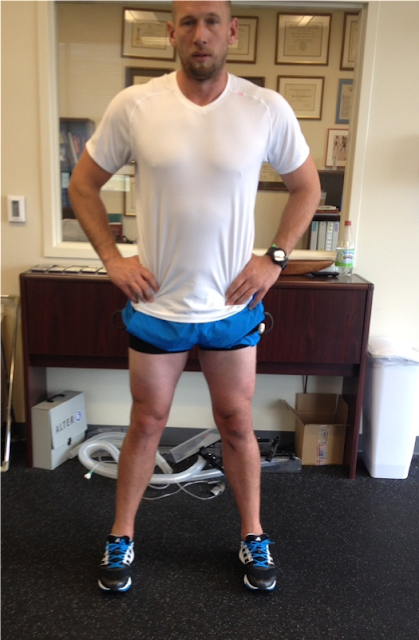 "When I came down, I knew the injury was bad, but I had no idea what was to come."

Two weeks after his surgery, Saunders not only contracted a serious bone infection caused by the bacterium streptococcus, but also a candida fungus. "It was no longer about my return to football," Saunders said. "It was about surviving."

Now the New York City Football Club goalkeeper says he is lucky to be alive and to still have his leg. Saunders credits his complete victory to U.S. Olympic ski team doctor and sport scientist Dr. James Stray-Gundersen and his cutting-edge recovery, fitness, and strength protocols - the AlterG treadmill and the KAATSU.

Saunders was looking for anything to get him back in the goal. He had lost significant weight, and more importantly, muscle mass. Saunders met Dr. Stray-Gundersen who elevated his fitness and built his strength with KAATSU protocols, very quickly.

"I had never heard of KAATSU or Blood Flow Moderation Training before.

But Dr. Stray-Gundersen showed me results from his top skier, and I was all for it. He applied 30 minute KAATSU sessions, 5 days per week and in a matter of a few sessions, I had significant increases in strength, and my quad size increased," said Saunders. "I got that same fatigue feeling in my muscles, with no heavy weights. It was amazing."

"I heard about KAATSU from Harvard researchers who had visited Japan," recalls Dr. Stray-Gundersen. "But we never looked into KAATSU until one of our medalists went down with a severe injury a month before the 2014 Winter Olympics. We rehabilitated [Todd Lodwick] him using KAATSU exclusively, and he raced in 28 days, and we became believers."

"In all applications, we always assess capillary refill and responses throughout recovery - same as Dr. Sato has done since the 1970's," said Dr. Stray-Gundersen. "The KAATSU equipment allows me to identify the optimal pressure each time which is critical for safety and effectiveness as we will fill normally unused capillaries and engage more muscle fibers - we want to achieve the 'fatigue' in the muscle so that the physiologic cascade to produce Growth Hormone, occur.

Simply put, you cannot get beneficial results, if you do not use proper protocols, equipment, and safety checks required with blood flow moderation training used with KAATSU. As always, the athlete safety and recovery is our first concern and KAATSU researched system sets the standard."

Saunders concluded after winning the NYFC Player of the Month in May 2015, "I couldn't believe the results at first, but I had faith in Dr. Stray-Gundersen and KAATSU, and I just wanted to get back on track as fast as the skier did. I am now stronger, faster and quicker than I was before my injury."