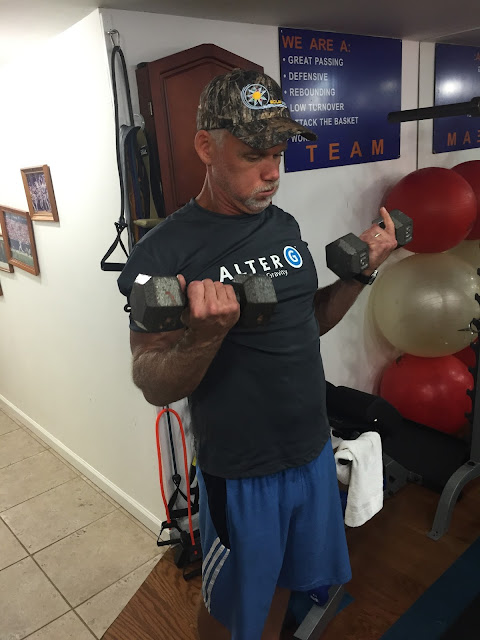 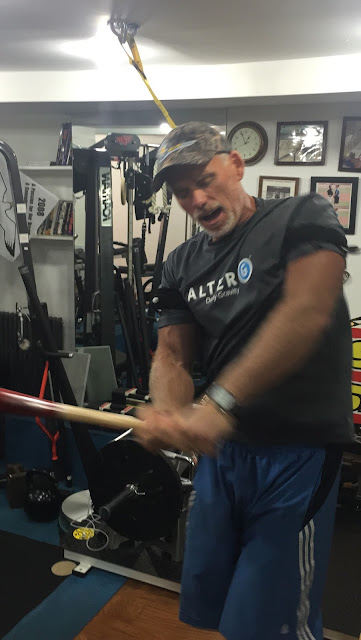 A visit with trainer Barry Heyden is an outstanding trainer who has worked with many elite, Olympic and professional athletes. His training studios has all kinds of equipment from AlterG equipment to KAATSU Nanos and KAATSU Air Bands.

Heyden and his athletes in New York City showcased myriad different possible uses for KAATSU equipment at a recent workout session with a baseball player and a basketball player.

Heyden uses his KAATSU Nano and KAATSU Air Bands in the following manner:

3-point Exercises: After he sets his Base SKU to a very high level of 50-55 SKU, he checks his capillary refill and does the 3-point exercises (i.e., hand clenches, bicep curls and tricep extensions) in slow, deliberate, non-lock (partial extension) movements at an Optimal SKU level of 200 SKU. He never rests more than 20 seconds between each set and each exercise, strictly adhering to standard KAATSU protocols.

Performance Training: Nearly the end of his KAATSU workout, Heyden focuses on specific performance training (e.g., baseball bat swings) where the intensity of his focus is evident. He ends each set when he reaches either technical failure (where proper technique is no longer possible) or muscular failure (where he becomes incapable of moving his muscles). In all of his sets and in most KAATSU Performance Training, technical failure was reached much sooner than muscular failure.

AlterG: Combining his leg KAATSU Air Bands on while doing all kinds of sets on the AlterG running machine is also a great way to top off his KAATSU session.

Alternatively or additionally, he can do a variety of leg exercises with his leg KAATSU Air Bands on from squats to leg extensions.

Warm-down/Recovery: He does 1-2 KAATSU Cycles with lower pressure to help with his recovery for the next workout.

For more information on Heyden who has worked with the Pittsburgh Pirates, Texas Rangers, and the New York Mets., visit here.

Posted by Steven Munatones at 7:27 AM