Romy Camargo Making A Difference With Stay In Step

For who? veterans, soldiers
For what? Strength, stamina, functional movement, mobility, flexibility, recovery 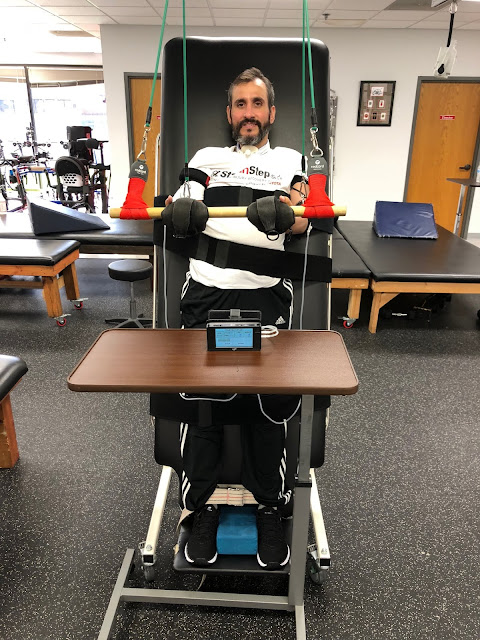 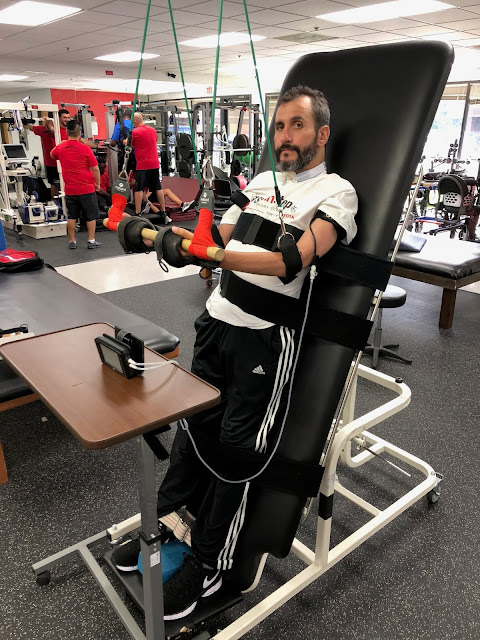 Romy Camargo enlisted in the United States Army in 1995 and retired as a Chief Warrant Officer 3.

His life took a turn during combat in Afghanistan on September 16th 2008 when his detachment was viciously ambushed. During the ambush, Romy sustained a gunshot wound to the back of the neck. The gunshot wound paralyzed him from the neck down.

Medic Steve Hill was able to stabilize him while his Team ODA 7115 prepped the battlefield to be medically airlifted out of the area.*

After Romy arrived at Walter Reed National Military Medical Center, he was operated on to stabilize his neck as his C3 vertebra had been shattered and was extracted. His breathing was tied to a respirator and he was paralyzed from the shoulders down. He transferred to the James A. Haley VA hospital in Tampa, Florida where he was an inpatient for 18 months.

Romy still lives in Tampa where he not only continues to rehabilitate with the latest equipment and protocols, including KAATSU to help restore his muscle tone and improve his vascular elasticity, but also serve as the Administrative Director at the Stay In Step Spinal Cord Injury Recovery Center.

The KAATSU Air Bands are placed on his arms while he uses the physical therapy equipment at Stay In Step. His skin color turns pink with solid red tones due to an engorgement of blood in his forearms and upper arm - and his muscle tone improves.


Posted by Steven Munatones at 9:04 AM