I Want To Complete A Marathon 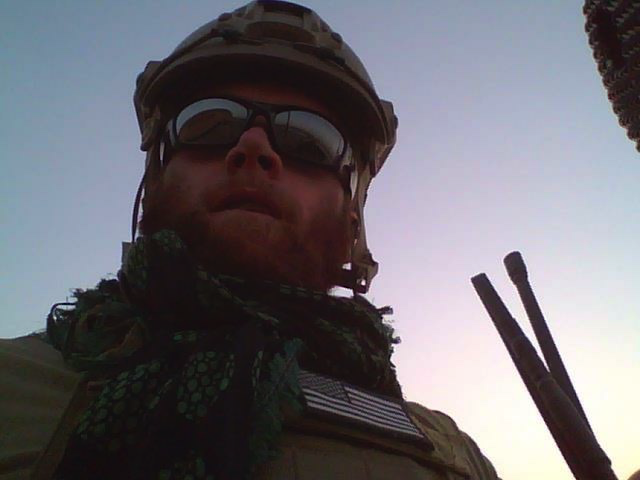 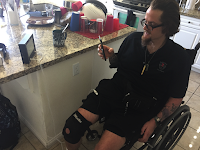 "It is such a joy, honor, and inspiration to work with wounded warriors like Joe," said KAATSU Master Specialist David Tawil.

Joe Lowrey retired as a U.S. Army Green Beret Sergeant 1st Class Joseph Lowrey. The Long Beach, California native is an avid KAATSU user after improbably surviving a horrific gunshot wound to his head during a combat tour in Afghanistan.

While serving with the 7th Special Forces Group on July 7th 2014, Lowrey and his fellow soldiers were tasked to enter an area known to be a Taliban stronghold.

The injury occurred during Lowrey’s third deployment while manning the gun turret on top of a truck during an intense firefight against Taliban insurgents.

Immediately after Lowrey was hit when PKM machine gun fire (the round pierced his Kevlar helmet and caused a massive traumatic brain injury to his right hemisphere), the medic onboard heroically saved his life by conducting an emergency tracheotomy on the battlefield. Even so, after surgery, his colleagues were told that Lowrey would not survive.

Inexplicably, Lowrey survived the next day as well as the next week and next month. Just after he and his wife Jennifer welcomed their fourth child, Lowrey was airlifted from Afghanistan to Germany's Landstuhl Hospital where he remained in a coma. Despite being given a small chance of survival by doctors, Lowrey was airlifted to the United States where he continued his battle through stays at the Walter Reed National Military Medical Center, in Palo Alto, California at a polytrauma rehabilitation hospital, and then at Casa Colina and Centre for Neuro Skills in Southern California.

After years of believing in himself and his caregivers through an excruciatingly painful recovery and rehabilitation, Lowrey emerged well enough to move back in with his family albeit without use of his left side and with some short-term memory losses due to his traumatic brain injury.

"My brothers rescued me from the fight," he recalled from his home in Ontario, California. "It has been a very long road to recovery, but I want to run again. That is one of my goals."

But they also concurrently took a deep dive into nutrition, specifically ketogenic diets, and all kinds of healthy biohacks.

Because Joe, a former highly competitive ice hockey goalie and self-defined fitness fanatic, was completely paralyzed on his left side from 2014. "Due to being sedentary for the first time in my life, I gained a lot of weight and was just eating everything including too many hamburgers," recalled Lowrey.

"But then I lost the added weight when I began eating a low-carb diet and sleeping right."

"I loved how my legs felt the very first time that I tried KAATSU," recalled Lowrey who first did KAATSU in the comfort of his living room.

"I didn't know how to use the KAATSU equipment at first; it was all new to me, but David was patient and taught me and my caregiver how to apply it during my morning and evening sessions. Now it is just part of my daily routine."

Tawil reiterated, "It is important to teach KAATSU users like Joe to understand how to do KAATSU by himself. Because of Joe's limited strength, uncertain balance and lack of complete mobility, we spend all the time necessary for Joe to feel comfortable and gain the maximum benefits from KAATSU.

Joe first started with very low-pressure KAATSU Cycles on both his arms and legs. He learned what the appropriate Base and Optimal pressures are for him - both in the morning where Joe does more vigorous workouts and in the evening where it is all about relaxation and getting ready to reap all the benefits of a good night's sleep
."

Over the next 8 weeks, Lowrey started to stand, balance and walk with KAATSU the Original BFR.

"We walk around the house and in his backyard," explains Tawil. "But we also go outside in his complex and tackle walking on grass. All of the different textures and slightly different elevations on the grass and a nearby hill are great challenges and objectives for Joe to achieve during his walking sessions. This sort of KAATSU Walking on a grassy hill - so simple for able-bodies people - are extremely helpful for Joe's improvement.

Joe does KAATSU 2 times per day: the first time at 10 am and then again at 7 pm before going to bed. At night, Joe just does simple KAATSU Cycles at a relatively low pressure. This double daily session has been essential for his rapid improvement. He is up to 2,000 steps a day, but his long-term goal is running a marathon
."

Lowrey is taking his progress step-by-step.

But it is never easy. Friend John Doolittle said, "Joe recently had a fall and is having resulting issues with his arm and shoulder on his left side. But Joe continues to consistently take 1,500 - 2,000 steps daily and has started to attack stairs and inclines, or mountains as he refers to them. He is making steady progress."

Posted by Steven Munatones at 9:29 AM