Antonio Argüelles On Avoiding Jet Lag With The KAATSU C3 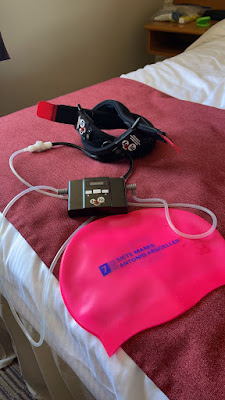 He aims to become the oldest swimmer in history - at the age of 62 - to complete a two-way non-stop English Channel crossing, 67 km (42 miles) from England to France and back to England this month.

The English Channel crossing is expected to take him over 24 hours to complete.

Argüelles used KAATSU Cycle 2.0 equipment and followed the standard KAATSU Jet Lag Protocols on his 10.5-hour flight from Mexico City to Heathrow International Airport. He explains the effects of the original BFR protocols and equipment in his brief interview posted above.

The 62-year-old channel swimmer says, "I keep my KAATSU close to me at all times.

I did three full KAATSU Cycles today after swimming and will do one more KAATSU Cycle tonight before going to sleep. I swam 90 minutes this morning [three days after arriving in Dover, a week before attempting the world record English Channel crossing]."