For more information and to register for US$35, visit here.

United Wings of Liberty's mission is to connect veterans to the resources that are available and vetted in order to provide their desired treatment. KAATSU user Joe Lowrey explains, "We unite patriotic companies and non-profits that support our Veterans and empower their mind, body and spirit. Our united patriots and volunteers provide the momentum that helps us drive progress and success.

If you are able to get five other participants to sign up, you’ll receive a full refund. Participants are asked to record, take a photo of your results, and then simply upload here. All proceeds will go towards Veterans in need of rebuilding their lives after serving our country."

Participants can walk or run or roller skate or swim or ruck (walking with weight on your back/shoulders) the 5 km.

Lowrey was an ice hockey goalie who graduated from Long Beach Wilson High School in Southern California. An extraordinarily fit and driven individual, Lowrey enlisted in the U.S. Army as an infantryman during his senior year in high school as his immediate response to the 9-11 attacks. 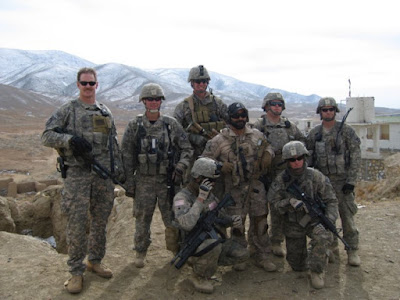 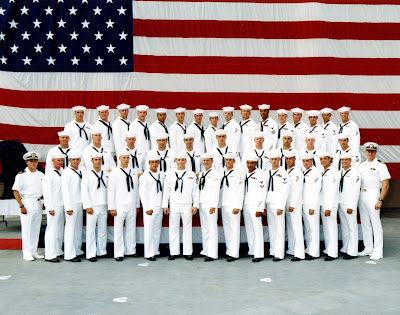 In the first photo shown on the left, Doolittle is positioned on the far left without a helmet.

In the second photo shown on the left, Doolittle. who has een badly injured after 13 orthopedic surgeries over his 25-year military career, is with his graduating Navy SEALs class standing on far right in first row.

Both Doolittle and Lowrey use the KAATSU C3 to improve their blood circulation and improve muscle tone as well as relaxing before bedtime for improved sleep. Lowrey religiously does two KAATSU sessions per day, every day: a KAATSU Walking session in the morning and a KAATSU Nighttime Protocol in the evening before bed where he incorporates red light therapy with his repeated KAATSU Cycles with his C3 unit.

Both Doolittle and Lowrey focus on Progressive KAATSU Cycles where they start on low pressure settings and gradually increase their pressure levels so their vascular tissue becomes more and more engorged to the point their limbs become beefy red in color.

Lowrey's improvement has been significant, both physically and cognitively. Even after overcoming his horrific injury, he is gradually working towards walking a 5k distance himself.