Professor Sir Dr. Yoshiaki Sato, MD, PhD of Tokyo, Japan is the inventor of KAATSU and the pioneer of the emerging BFR (Blood Flow Restriction) market.

The history of KAATSU until 2010 is summarized in the above video that also explains how KAATSU can improve blood circulation, stimulate a significant hormonal response, and improve muscle tone.

These are some of the key historical dates regarding KAATSU development: 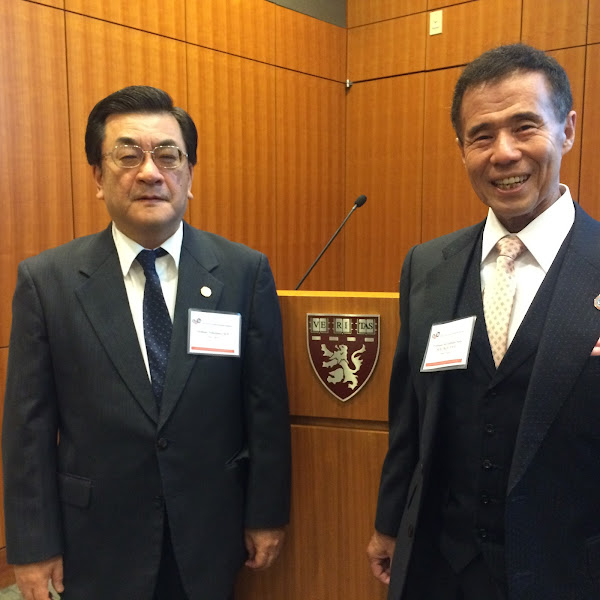 The primary differences between KAATSU and other BFR bands (e.g., B Strong, Delfi Portable Tourniquet System for Blood Flow Restriction, Smart Cuffs, and other BFR brands and low-cost occlusion bands) are as follows:

(1) KAATSU utilizes the patented Cycle function
(2) different pressures can be simultaneously used on different limbs, including the option of doing Single-Limb KAATSU
(3) KAATSU equipment and protocols were proven safe and effective after a decade of clinical use and research on over 7,000 cardiac rehab patients at the University of Tokyo Hospital (between 2004 and 2014)
(4) KAATSU is used by cardiologists, orthopedic surgeons, podiatrists, and physicians in various specialties as well as physical therapists, chiropractors, trainers and coaches
(5) KAATSU Air Bands do not occlude arterial flow
(6) KAATSU is meant to be gentle and convenient in order to do anywhere anytime
(7) KAATSU is used worldwide by people up to the age of 104
(8) more research has been conducted in more countries on KAATSU than any other BFR device
(9) the seminal, groundbreaking research on BFR was conducted and published by KAATSU inventor Dr. Yoshiaki Sato in the 1990's
(10) KAATSU Air Bands are waterproof and the KAATSU C3 is ruggedized for military applications 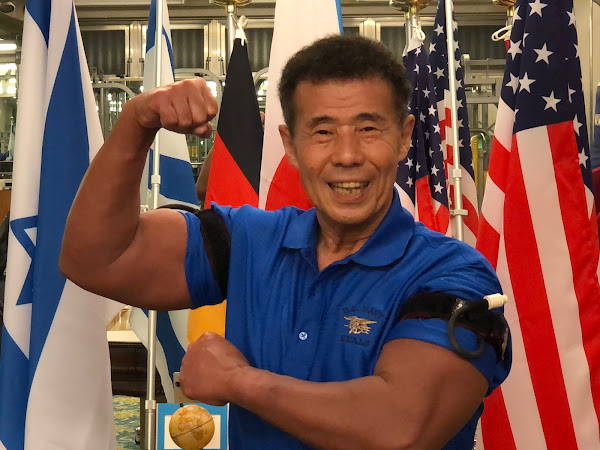 The original patent on KAATSU bands and KAATSU training was submitted by Dr. Sato in November 1993: Patent No. 2670421 in Japan, Patent No. 6149618 in the USA, and 94206403.0 in the UK, Germany, France, and Italy. He concurrently manufactured and commercialized the first KAATSU Training bands.

The patent for Tightening tool for muscle training and muscle training method using same was granted by the US Patent & Trademark Office in November 2000 in the United States and other countries.

The original patent (read here) describes "a tightening tool including an elastic body in the form of a belt, rope, tube, etc. for forming a tightening loop adapted to surround a desired part of muscles and tighten it, and locking means for holding the tightening loop at a desired size. A muscle training method for accelerating enlargement and strengthening of the muscles can be practiced by the tightening tool to temporarily block the flow of blood to the desired part of the muscle." 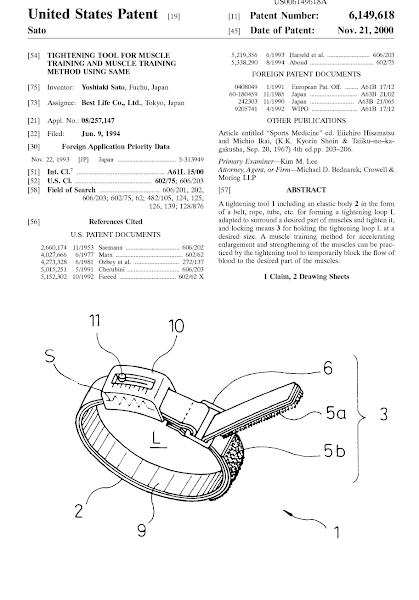 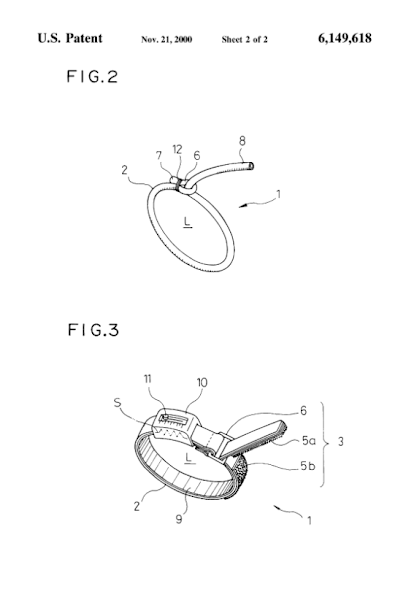 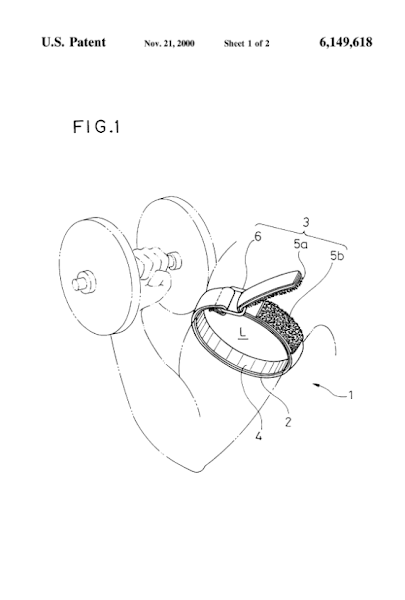 Dr. Yoshiaki Sato invented KAATSU in 1966, but it took him decades of further discovery and fine-tuning both the usage protocols and equipment before he met Professor Naokata Ishii of the University of Tokyo, a Japanese exercise physiologist.

Their work ultimately led to the first seminal paper on KAATSU called "Effects of resistance exercise combined with moderate vascular occlusion on muscular function in humans", published in the Journal of Applied Physiology in 2000.

The paper concluded, "Owning to its small mechanical stress and large effect in inducing muscular hypertrophy, the deliberate combinatino of low-intensity resistance exercise and moderate vascular occlusion is potentially useful for accelerating the recovery of muscular strength in patients and aged people."

The paper explained, "Among aged populations, weakening of muscles in the lower extremity gives rise to serious problems such as inability to stand up and lethal injuries associated with a fall. Postmenopausal older women are subjected to an additional risk of osteoporosis."

The first peer-review paper published in the Journal of Applied Physiology is the origin of the term BFR. 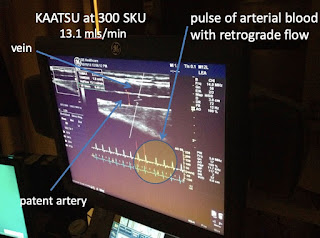 Dr. Sato and Professor Ishii knew that their findings would be difficult for the journal editors to accept as is because the word "KAATSU" was unknown in the research and sports world outside of Japan. After discussions with the journal editors, KAATSU was described in the literature as vascular occlusion - even though Dr. Sato and Professor Ishii wanted to steer away from the word occlusion.

They knew that there is no arterial limb occlusion of the brachial artery and brachial veins even at high pressures with the pneumatic KAATSU Air Bands.

The ultrasound image on left shows the brachial artery and brachial veins at 300 SKU (mmHg) of a 21-year-old collegiate athlete, but vascular occlusion and, ultimately, BFR or Blood Flow Restriction stuck and was further discussed and defined in the scientific literature.