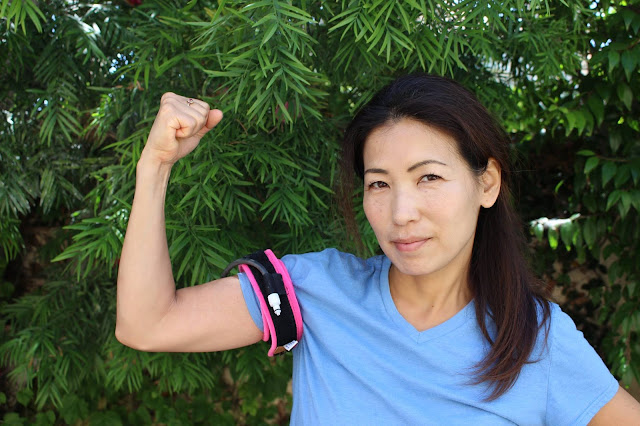 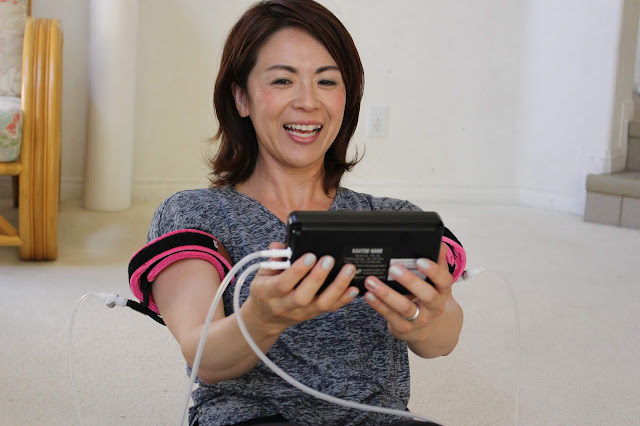 Most of their secrets are well-known: good sun protection throughout their lives combined with good nutrition.

But there is another secret: KAATSU.

KAATSU has been called anti-aging in the popular Japanese media. In fact, the KAATSU Cycle modality is highly effective in maintaining vein and capillary elasticity as one ages. The blood flow moderation that is instigated and enhanced with KAATSU stimulates the repeated constriction and dilation of the body's blood vessels and improves the elasticity vascular system. As a result of the KAATSU Cycle, vascular endothelial cells and nitric oxide are produced that also helps.

When the KAATSU Master 2.0 or KAATSU Nano is used, the blood vessels in the arms or legs are dilated as the blood pools in the upper or lower limbs (as is seen as the color of the arms or legs becomes pink, beefy red or even a shade of purple with people with a high degree of vascular elasticity doing aerobic exercise with KAATSU Air Bands on). As the limbs are dilated, more blood is pooled in the limbs (which is why the color of the arms or legs often starts off with a slight pinkness color and then gradually changes to a darker or redder color within minutes).

Meanwhile, the blood vessels in other parts of the body are also positively impacted. Due to the increased elasticity in the arms and legs, the blood circulation is improved throughout the body - including the face and neck.

During KAATSU, the enhanced blood flow in the arms and legs pools into blood vessels where no blood has been previously supplied - or alternatively new capillaries are formed. This is why older people or those with cold hands or cold feet feel a sense of warmth after doing KAATSU. These new capillaries help supply a limited amount of blood more efficiently and helps with the onslaught of aging.

With increased vascular elasticity - especially of the tiny amount of capillaries* - skin elasticity is increased.

1. Be well-hydrated.
2. Do 3-6 KAATSU Cycles one hour before going to bed.
3. Slowly and steadily stretch the legs and core (abdominal and lower back) while doing KAATSU Cycles with the KAATSU Air Bands on the legs.

Actual KAATSU users shown above are at least 50 years old.