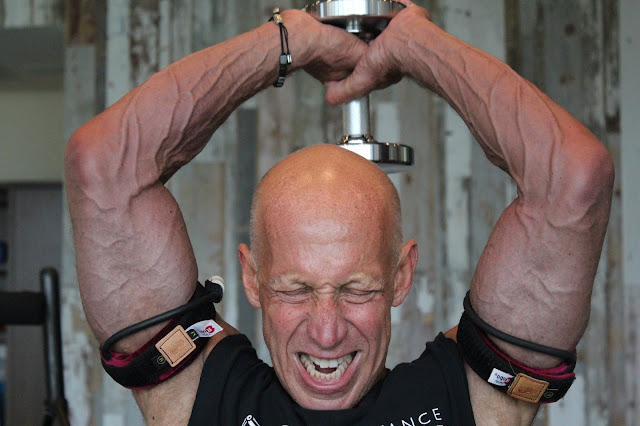 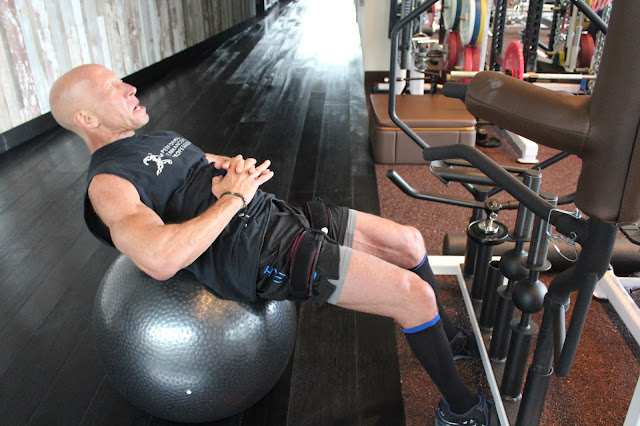 Among many young men - especially those in the bodybuilding, strength-training and athletic worlds - believe that KAATSU needs to be painful and discomforting in order to realize its benefits and see improved results. While this may be true for BFR (Blood Flow Restriction) training with occlusion bands or blood pressure cuffs, this is most definitely not true for KAATSU the original BFR.

So while many physically active men, especially former competitive athletes, feel the need to push themselves to extremely high intensity levels, this level of exertion - or anything similar - does not need to be the case with KAATSU. This is not why KAATSU Cycle 2.0 and other KAATSU equipment were developed.

KAATSU benefits - performed at significantly lower levels of intensity and even non-movement while using KAATSU- include: 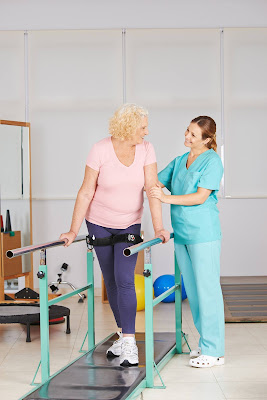 Recovery
For recovery, the KAATSU Cycle mode provides a very convenient, easy-to-use, and very importantly easy-to-feel means to recover effectively and efficiently after a vigorous workout or intense competition.

When using the KAATSU Cycle 2.0, users can select the G (Group) mode and simply sit or do simple movements with KAATSU instead of lifting weights or doing vigorous workouts.

Blood engorgement in the limbs is mechanically enabled with the KAATSU Cycle 2.0 for 30 seconds (i.e., when your hands become very pink, rosy or a beefy red with visible vein distension). Then a repeated and subsequent 5-second total release of the KAATSU Air Band pressure enables a large venous flow of blood that includes the waste products produced during the vigorous workouts or intensive competition. This alternate pooling-and-release repetition is an easy-to-use means to clear the muscles of waste products.

Rehabilitation
For rehabilitation, the KAATSU Cycle mode also provides a very convenient, easy-to-use, and very importantly easy-to-observe means to rehabilitate effectively and efficiently from an injury or surgery.

Benefits such as a lack of muscle atrophy and sustained strength and aerobic conditioning become obvious with two or three KAATSU Cycle sessions per day. The KAATSU Cycle sessions can be done at your home, your office or during travel, making rehabilitation a constant throughout the day instead of merely focusing on rehabilitation during periodic visits to a physical therapy office.

Performance Gains Before Workout or Competition
For performance gains, the KAATSU Cycle mode provides a very convenient, easy-to-use, and very importantly easy-to-feel means to prepare effectively and efficiently for a vigorous workout or intense competition. When the vascular system - especially the capillaries that are ubiquitous in your muscles are engorged with blood, the effectiveness of a warm-up is optimized.

Performance Gains During Workout
To experience the inevitable "race pain" experienced by athletes in competition, athletes can incorporate KAATSU in the middle or towards the end of their workouts on the track, field, gym or pool.

Ideally, KAATSU equipment is used to enhance the existing movements or sets performed in a workout, not necessarily as a replacement for proven workout drills and sets that already exist. So, for example, a basketball player can take 10-20 jump shots with the KAATSU Air Bands on. As fatigue sets in, the vertical leap will steadily decrease. When the coach or athlete determines that form has degraded beyond which is useful, the KAATSU Air Bands should be removed. After a brief rest and perhaps a bit of hydration, the athlete should resume his jump shot drill and see how how and fast he or she elevates and how smooth his shooting motion becomes.

The same can be done with track athletes, swimmers or any athletes who are practicing specific movements (e.g., starts, wrestling moves, agility drills, jumps, throws, pitches, or sprints). That is, the athletes should fatigue their muscles and stress their vascular system for brief periods within a workout (5-15 minutes) with the KAATSU Air Bands on. Then they should remove the KAATSU Air Bands and do the same movements in an explosive or intense manner similar what they want to do in competition.

Performance Gains in Lieu of a Workout
Special operators in the United States Air Force did KAATSU Walking with their KAATSU Leg Bands on for 3 weeks in a clinical test conducted at a U.S. military base under the supervision of researchers and scientists. They did not run as part of their normal training as they typically do. But the increased vascular elasticity due to the KAATSU Walking led to physiological improvements. The improvements were demonstrated by increased VO2 max and faster mile run times across the tested special operators [see photo below]. 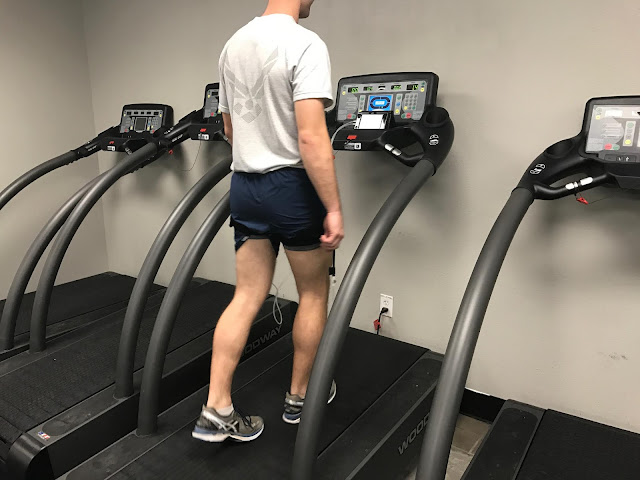 The ability to significantly decrease the intensity of KAATSU while still seeing physiological and vascular improvements is a key to sustained use by athletes, people recovering from injuries or surgeries, older individuals, and those who may not be psychologically motivated to exercise intensely - or at all.

Of course, for those athletes who are entirely focused on KAATSU performance gains and am aiming for Olympic medals, world championships, NCAA or professional sport competitions, intense KAATSU sessions are part of their overall equation - but not the only part.