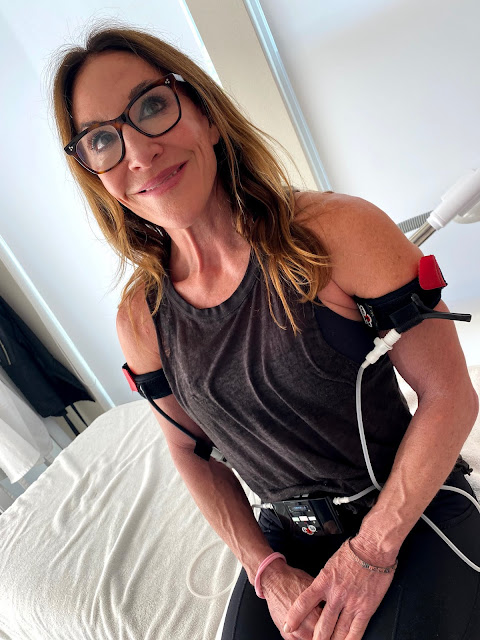 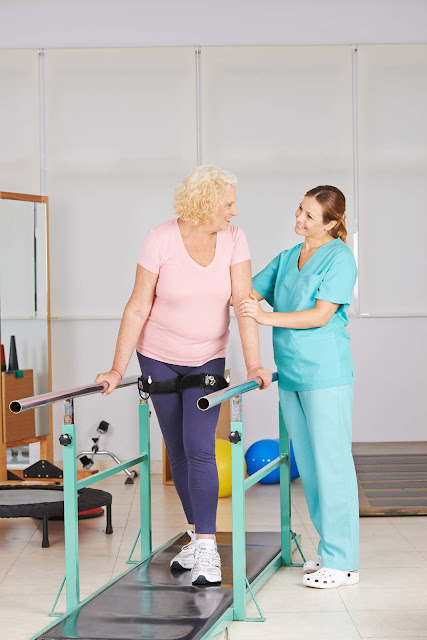 KAATSU Beauty, the original BFR, has been used by skin care professionals and make-up artists for decades in Japan.

Beauty care experts and aestheticians who cater to both young women and older women understand how increased blood flow in their clients' skin and face helps them on a number of wellness and cosmetic perspectives.

In 2006, researchers from the University of Tokyo and the Tokyo Metropolitan University studied what was anecdotally known by the KAATSU Beauty specialists. They published a formal study project titled, Effect of knee extension exercise with KAATSU on forehead cutaneous blood flow in healthy young and middle-aged women.

In this study of women (average age 34.5 years), they concluded that the cutaneous blood circulation (circulation and blood supply of the skin) in the foreheads of test subjects were improved with unloaded unilateral knee extension exercises (i.e., 3 sets of 15 repetitions taking less than 75 seconds per set with a single KAATSU Air Band on their left upper leg without weights or resistance).

The women performed the three-set series of exercises twice - for the first time, they did it without KAATSU, and for the second time with KAATSU with the KAATSU Air Band inflated initially to 140 SKU and ending eventually at 200 SKU.

The blood flow in the foreheads of women was calculated from the blood velocity and red blood cell mass that was determined by laser blood flowmetry.

This conclusion of how blood circulation in a KAATSU user's forehead is improved with relatively easy leg exercises that focus on the quadriceps and hamstrings seems either impossible or illogical.

While the KAATSU users experienced no changes in blood lactate and hematocrit (i.e., volume percentage of red blood cells in blood), their norepinephrine levels increased. Norepinephrine is a naturally occurring chemical that acts as a stress hormone because the brain perceives that a stressful event has occurred. 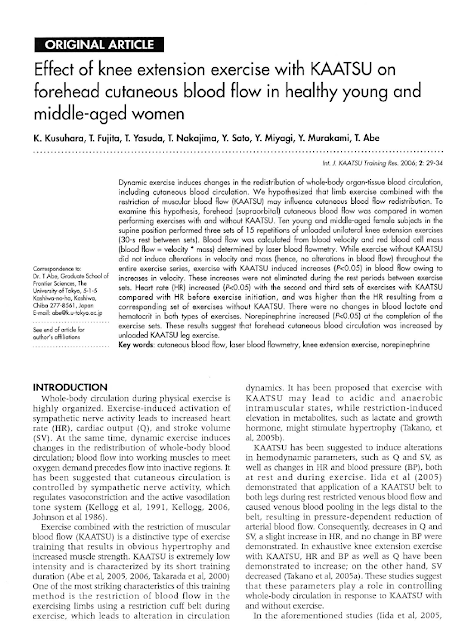