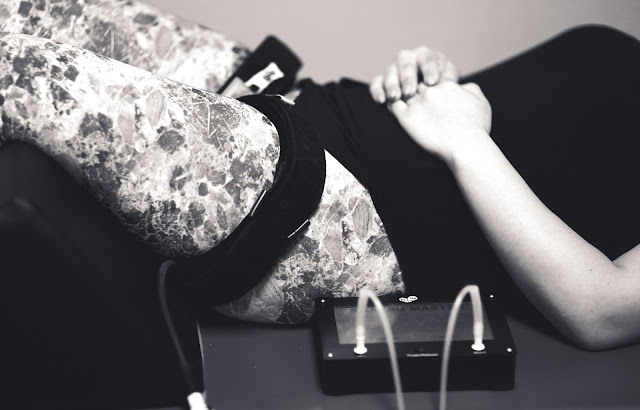 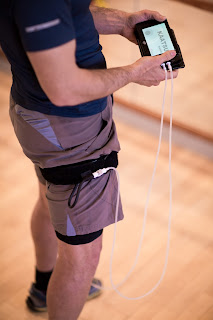 When young athletes or older individuals sprain their ankle, whether they are a high school varsity player or an aging Baby Boomer, an NBA athlete or a military veteran, the standard KAATSU Ankle Sprain protocol is as follows:

8. As the individual improves and recovers, continue the KAATSU Cycle on a weekly basis for maintenance and other benefits.

1. The individual should be well-hydrated before and during KAATSU for maximum benefit.
2. The individual should sit comfortably while doing the KAATSU Cycle. Alternatively, they can repeatedly contract and relax their quadriceps during the KAATSU Cycle on the 2nd - 5th KAATSU Cycles.
3. Frequently check their CRT as the Optimal SKU increases on the 2nd to 5th KAATSU Cycles by firmly pressing a thumb in their quadriceps above the patella (or down by the ankles if they are wearing longer pants).
4. The goal is to first warm-up the small capillaries in the lower leg with the lower Base SKU and lower Optimal SKU levels and then engorge the capillaries in the leg with blood (“pooling”) with increasingly higher pressures while doing slight movement.**
5. KAATSU can be done in combination with any other physical therapy treatments.
6. Ideally, the KAATSU Air Band should first be placed only on the injured limb. Then the individual can continue KAATSU on both legs and also subsequently on their arms (e.g., by doing the KAATSU 3-Point Exercises***).

* If you use the KAATSU Master, these same pressure levels would be a Base SKU of 40 and an Optimal SKU of 200. This is because the air compressors are larger on the KAATSU Master. Of course, use lower pressures as dictated by the individual’s physiological responses and conditions.

** When you change the Base SKU from a lower pressure to a higher pressure, you must manually re-adjust the KAATSU Air Bands on the limb.

Posted by Steven Munatones at 4:29 PM