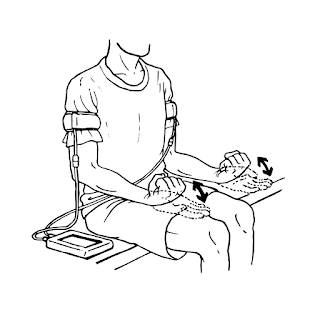 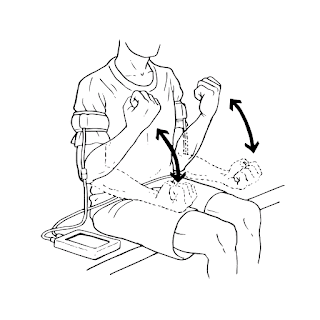 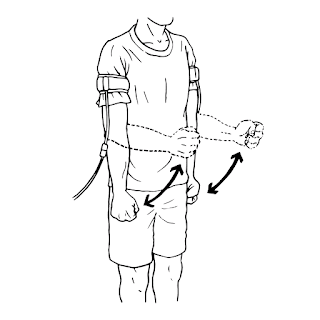 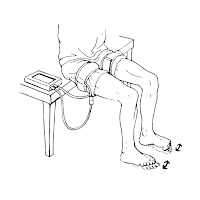 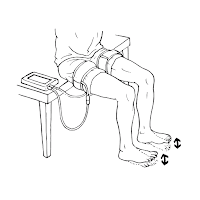 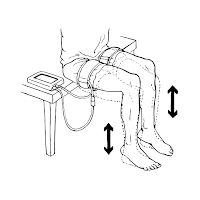 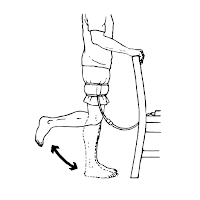 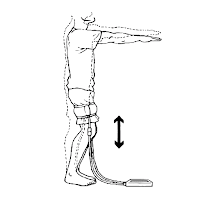 Courtesy of the International Journal of KAATSU Training Research, 2011; 7: 7-12

Dr. Satoh of the Satoh Clinic in Ube City, Japan presented a clinical study entitled Kaatsu Training: Application to Metabolic Syndrome where he applied KAATSU to patients with metabolic syndrome based on the principles and protocols of KAATSU the original BFR.

His goal was to evaluate the effect of KAATSU on patients with hypertension, diabetes mellitus, dyslipidemia, and obesity with metabolic syndrome.

Dr. Satoh asked 18 patients to do the standard KAATSU 3-Point Exercises for 6-12 minutes, once or twice a week with a Borg scale at level 13. The usefulness of KAATSU was evaluated after 3-4 months. The patients were instructed not to change their lifestyles (e.g., food, medicine and exercise).

Metabolic syndrome is defined as a condition of visceral fat accumulation with a combination of two or more of hyperglycemia, hypertension or dyslipidemia. These closely resemble the symptoms of somatopause which is the condition of decreasing growth hormone (hereafter GH) secretion with aging.

On the other hand, KAATSU has brought about a variety of good effects in muscle strength (Takarada et al., 2000; Abe et al., 2005), lipolysis (Satoh, 2011) and health promotion. KAATSU has also been applied in the field of medical care (Nakajima et al., 2007). In my clinic, exercise therapy, especially walking, has become valued for the treatment and prevention of metabolic syndrome (Satoh, 1990). Nevertheless, in cases of patients with a walking disturbance or patients who cannot spare one hour or more for walking, KAATSU has been proactively introduced and good results were obtained (Satoh, 2006). This method can be performed in a short period of time, without placing a burden on the knees and the lower back. Furthermore, it is believed that there is a good effect even with metabolic syndrome because of the secretion of GH. Therefore, the effectiveness of KAATSU on metabolic syndrome was evaluated in this study.

The subjects of this study were 51 patients with metabolic syndrome (14 males and 37 females) out of 96 patients treated with KAATSU so far at my clinic.

The criteria of indication for KAATSU were as follows:

However, patients with a resting blood pressure of 170 / 100 mmHg or above were excluded from the subjects because they could be considered at danger of a rise in pressure during KAATSU training. Fasting blood samples were taken early in the morning and body weight was measured with the Body Composition Analyzer MC190 (TANITA Corporation, Tokyo). The kinetics of GH secretion before and after KAATSU was examined in one elderly patient to confirm the results reported before, since the levels of GH in previous studies were checked only in young athletes (Takarada et al., 2000) or healthy males (Takano et al., 2006).

Before KAATSU was applied, there was first a 10-minute period of stretching of the entire body. Then, the KAATSU belts (Sato Sports Plaza, Tokyo) were coiled around the proximal end of either the arms or the legs. After this, the pneumatic control type KAATSU Training Device (the KAATSU-Master or the KAATSU-Mini, Sato Sports Plaza, Tokyo) was connected to those belts, and KAATSU was performed for a period of 6-12 minutes under an appropriate pressure (60 to 160 mmHg for the arms and 80 to 200 mmHg for the legs respectively). The appropriate pressure was set so as the patients didn’t feel pain in the distal portion to the KAATSU belt during the exercise. The content of KAATSU was a 3-exercise set of training (Sato Y, 2007a); that is, (1) an opening and shutting movement of both the fingers and the toes at the same time, (2) an extension and a flexion of the arms (arm curl) and the feet (toes raise) at the same time, and (3) a pushing the both fists which are placed in front of the chest down obliquely to behind, with stretching the elbows (push down) and the heels up (calf raise) at the same time. Each 3-exercise set was performed 30 times with 20 second resting intervals.

This exercise intensity was equivalent to the Borg scale of level 13 (somewhat hard). KAATSU was performed once or twice a week.

Evaluation of the effectiveness

The criteria of effectiveness were as follows:

All values are expressed as means ± S.D.

There were no accidents in this study.

Among the excluded cases, 6 patients changed their lifestyles during this study; 5 patients added diet or exercise therapy by themselves, seeking further improvement because they had seen the effectiveness of KAATSU before the evaluation, and a patient had his medical treatment changed by another clinic during the study. Furthermore, 3 patients withdrew themselves from the study because no effects had appeared; 2 patients had diabetes mellitus and the other one had dyslipidemia.

KAATSU was effective in 6 out of 10 patients with diabetes mellitus (60%): HbA1c dropped by an average of 6.8 ± 0.31% to 6.12 ± 0.29% and the average of drop rate was -10 ± 0.56%. There were 3 excluded patients in this group. A patient restricted her eating habits (snacks between meals) by herself and the other 2 patients discontinued KAATSU 2 months after starting without seeing a drop in HbA1c.

For additional details on this study, visit the Research Page on the KAATSU Global website here.

The KAATSU 3-point Exercises for the arms involves hand clenches, bicep curls and tricep extensions. Each set of exercises should be done 3-4 times each with a maximum of 20 seconds rest between each set. Ideally, the number of repetitions for each exercise decreases before the user reaches muscular or technical failure* (or fatigues).

The KAATSU 3-point Exercises for the legs are either defined as Standard or Advanced.

The Standard KAATSU 3-point Exercises for the legs involves toe curls, toe raises, and heel raises. These are all performed while the user is seated comfortably with good posture on a chair. In general, these are preferred for older or less fit individuals or those just starting an exercise program or KAATSU.

The Advanced KAATSU 3-point Exercises for the legs are alternatively used by more fit or active individuals or for those individuals with more experience in KAATSU. These 3 basic exercises includes heel raises, leg curls and squats. The heel raises can be done while sitting or standing. The leg curls can be performed while standing and holding onto a chair or balancing against a wall. The squats (or "chair touches") can be performed while bending the knees to touch a chair and then popping back up.

Ideally, the squats are "non-lock" (partial extension) so that the muscles are constantly engaged and there is no rest while the knees are "locked" straight (in a full extension). This will build up fatigue and lactic acid more quickly.

Each set of exercises should be done 3-4 times each with a maximum of 20 seconds between each set. Ideally, the number of repetitions for each exercise decreases before the user reaches muscular or technical failure (or fatigues).


Posted by Steven Munatones at 4:40 PM