Be Healthy Until The Day You Die 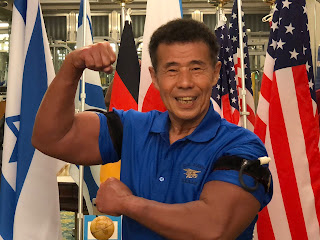 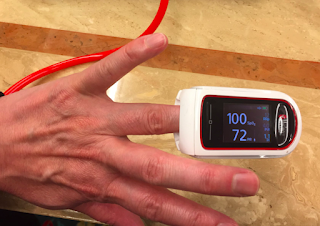 "He taught me that a wonderful goal is to be healthy until the day you died," said Steven Munatones of 70-year-old Dr. Yoshiaki Sato, the inventor of KAATSU [shown on left]. "What Dr. Sato and his wife* have shown after 5 decades of daily KAATSU use is that his goal is possible. It is unbelievable how healthy the Sato's are."

With unprecedented demographic changes underway in Japan, KAATSU is a wellness modality in much need.

Japan's population peaked in 2008 at 128,083,960 people. But as the number of births fell below the number of deaths among Japanese, Japan is experiencing its biggest natural population decline since 1899 when records began. Japan's population is currently at 124 million this year - but is expected to decrease to 88 million by 2065 and 42 million by 2110 as its population continues to decline by 1 million people every year according to the National Institute of Population and Social Security Research estimates.

The Ministry of Health, Labor and Welfare reported that the number of births dipped under 1 million babies for the third consecutive year while the number of deaths in 2018 was 1.369 million.

So what are the implications of these demographic trends vis-a-vis KAATSU usage?

Visionary physicians and patients born before 1950 are leading the way on how best to incorporate KAATSU to combat sarcopenia (loss of muscle tissue as a natural part of the aging process) and address a host of other health issues. For example, 104-year-old female patient in Kawasaki, Japan shows what is possible with KAATSU under the guidance of her physician Dr. Odagiri and KAATSU inventor Dr. Sato.

The video above was presented by Dr. Odagiri at the first KAATSU Training Symposium held in Tokyo, Japan in 2005.

The patient was bedridden and uncommunicative for two months with severe dementia. She was transferred from her local hospital to Odagiri Hospital where she was treated with KAATSU. Initially for the first month, she simply did KAATSU Cycle as she remained in bed. Gradually, she became communicative and was able to get out of bed. Eventually, over the course of two months, she was able to do a variety of exercises and found herself wishing to live to be 200 years old [see English translation in video above].

During the video, she was asked how old she is and she answers as 104, holding a document confirming her age and birth date. She is shown doing a variety of exercises with her KAATSU Air Bands on (at an Optimal SKU level of 120).

For a brief explanation of the mechanisms involved in doing KAATSU among elderly patients, visit here.


Posted by Steven Munatones at 5:01 AM