A Radical New Plan For The Tokyo Olympic Games

For who? Olympic athletes
For what? COVID-19 pandemic 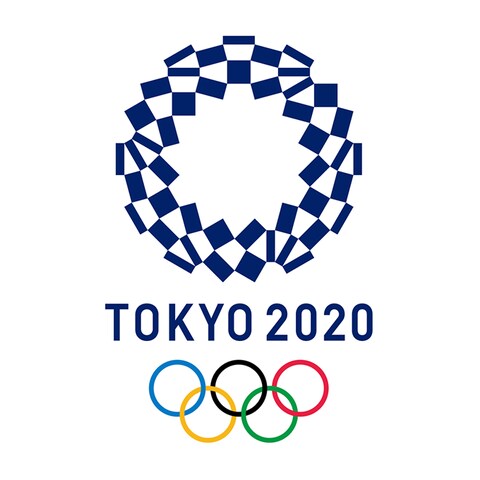 In a metropolitan area of Tokyo with its population of 37.3 million people, over 11,000 athletes and thousands of officials, coaches, trainers, media representatives, and administrators from 207 countries around the world are expected to visit Tokyo for the rescheduled Tokyo Olympic Games between July 23rd to August 8th. The athletes from around the world will compete in 339 events in 33 different sports held in 33 different venues around the Tokyo area. The Paralympics, which is expected to attract over 4,300 athletes competing in 540 events in 22 sports, will follow between August 24th and September 5th.

Medical experts know that mixing of people from around the world serves to elevate risk and accelerate the probability of new COVID-19 variants emerging. It is expected that there will be 26,000 beds in the Olympic Village alone - plopped in the midst of one of the most densely populated cities in the world.

Today, the International Olympic Committee, the International Paralympic Committee, and the Tokyo 2020 Organising Committee published its first playbook that outlines the expected and recommended personal responsibilities that the athletes, team officials and the media (see here). The purpose and top priority of the Playbook is to maintain the health and safety of everyone at the Olympic and Paralympic Games.

As can be expected in the midst of the ongoing COVID-19 pandemic, members of the Olympic Family are expected to social distance, minimize physical interaction with others, avoid indoors and crowds wherever possible, use Olympic transportation while avoiding use of public transportation, wear a face mask, frequently wash hands, clap don’t sing or cheer to support athletes, and they will require documentation with a negative COVID-19 test certificate before entering Japan.

These are all internationally supported and documented means and strategies to minimize the transmission and infection of the COVID-19 virus among the athletes and the population of Tokyo and beyond.

“But these strategies and plans are based on the Olympics being held in its traditional 16-day format – where the world’s sporting community comes together all at once in a relatively small footprint in Tokyo,” observes Steven Munatones who served as a commentator for NBC at the 2008 Beijing Olympic Games in the inaugural 10 km marathon swim event. “In a pandemic, every sector of society has had to reevaluate its method of doing things. Manufacturing, operations, medicine, logistics, athletics, crowd control, government regulations, etc. Things are changing so quickly and so dramatically.

In the United States, the Super Bowl, the NBA season and playoffs, and the collegiate athletic season were all changed in some way. Some changes were small; other changes were significant. Honestly speaking, I wonder why the Tokyo Olympics does not become a long-running series of events. That is, as we ease out of this pandemic – slowly for sure – the world still thirsts for competition and the pageantry of the Olympics. So why not hold the Olympic and Paralympic Games over the course of several months – instead of 16 days?

The IOC and the various international governing bodies can hold their own Olympic Games in Tokyo on a weekly basis. Each sporting community can head their way to Tokyo and compete in the Olympic venues for Olympic medals on a weekly basis.

They can start with the smaller sports that lend themselves to social distancing – and end with the larger sports that require indoor venues. So, the Tokyo Olympics can start with sports like equestrian, archery, and beach volleyball, and end with basketball, boxing and team handball. Canoeing, cycling and sailing can happen somewhere in the middle.

Each of the Olympic sports can be highlighted each week, bringing in advertising dollars and television audiences to all the sports on a much larger basis. So instead of Usain Bolt and Michael Phelps dominating the news and airwaves over a 16-day period, many more athletes – who all bring incredible human interest stories to the table – can be showcased over a longer period of time. Imagine how the minor sports athletes could demonstrate their athletic prowess and depth of character to the world?

The coverage can be expanded in depth, in scope and in duration. Sponsors would love that. Television audiences would love it, even if the Olympics fell outside the traditional summer schedule and overlapped with other professional sports seasons.

Week by week, month by month, the IOC and the Olympic Family would remain on the minds and lips of fans and the world’s media. Ultimately, the overall global viewership and interest would result in a massive increase – I am positive of that.

And, of course, the Olympics with a vastly reduced number of athletes descending upon Tokyo and competing in a limited number of venues could be held in a safe, responsible manner – with minimal interruption into the daily lives of Tokyoites. With a reduced number of athletes, the possibility and threat of virus transmission would also be reduced. In one of the world’s most densely populated cities, this concern cannot be dismissed. As our knowledge and control over the pandemic gradually improves with time, the Olympic sports that require indoor facilities or that draw large crowds – like track and gymnastics – can be held.

Even the Opening Ceremonies could be undertaken with a different scale and purpose. Imagine an Opening Ceremonies held every two weeks with a slightly different focus and theme? Only the athletes who were competing that week would participate and the overall cost could come down. The Japanese with all their talent and ingenuity could not only pull that new kind of Olympics and Opening Ceremonies off, but they could also make a series of Opening Ceremonies that continues to entertain and impress the world’s community over a period of months – instead of a one-shot deal as there is now.

The rest of society has reshaped itself. Now is a perfect time and ideal opportunity to rethink and reshape and restart the traditional Olympic and Paralympic Games.

Benjamin Franklin once said, ‘Out of adversity comes opportunity.’ That statement seems to make a lot of sense now with the pandemic and the Olympic Games.

Of course, if this expanding and drawn-out rescheduling of the Tokyo Summer Olympic Games runs into the fixed schedule of the 2022 Beijing Winter Games, the Summer Games can take a hiatus and allow the Olympic focus to exclusively showcase Beijing in February 2022.

A rethinking is in order that can set the Olympic stage for the rest of the 21st century.”