Play On With KAATSU - How To Get Better With Age 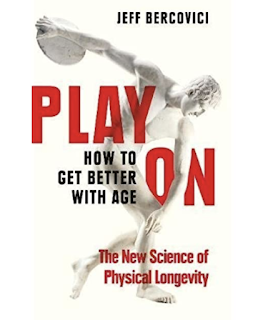 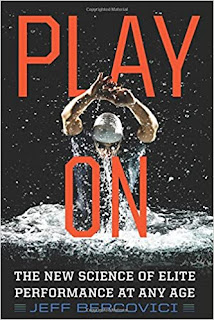 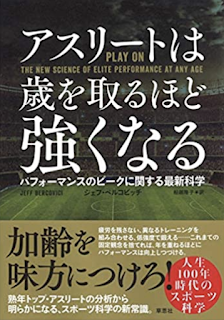 "Those pins and needles you're feeling are literally new capillaries being formed," Jeff Bercovici heard when he first tried the original KAATSU Nano in Huntington Beach, California. The author of Play On: The New Science of Elite Performance at Any Age (or Play On - How To Get Better With Age or アスリートは歳を取るほど強くなる in Japanese) was visiting the first KAATSU Studio outside of Japan.

After a series of hand clenches that got to be difficult, Bercovici then began a series of biceps curls without any weights. He recalled, "It's been years since I've curled heavy dumbbells. After 15 of these weighless curls, my arms feel fatigued in a way I remember from back then."

His third set of exercises was triceps extensions. "Still unweighted. This time, I don't even make it to the second set. My arms are toast."

Bercovici is sold on KAATSU and the hardware that standardizes its application for safety and effectiveness. "KAATSU is one of a number of new technologies that seek to make athletic training more efficient and effective by separateing the good kinds of training stimuli - the ones that promote desirable adaptation - from the kinds that cause fatigue, injury, and repetitive strain. Like cross-training, polarized training, and altitude training, these technologies hold particular promise for older athletes."

In Play On, Bercovici also recalled the experience of a KAATSU executive who was in Pearl Harbor, Hawaii demonstrating KAATSU to a group of 25 fitness trainers for the U.S. military's Special Forces. "Because commandos spend so much time deployed in the field, they typically prefer exercise programs that can be done anywhere, including absurb volumes of calisthenics. [Richard Herstone] was getting a strong vibe of skepticism from several jacked-up members of his audience, so he singled out the fittest-looking and most skeptical trainer and asked about his fitness regimen. The man replied: a 10-mile run and 1-mile swim, followed by 150 pull-ups and between 1,000 and 2,000 push-ups, depending on the day. Herstone invited the man to put the bands on and demonstrate his push-up prowess.

'He got to 36,' he recalls. 'He couldn't get off the ground, and these 24 other guys are giving him crap. I could see this look of [being] pissed. He won't look at me. So he takes off the bands, walks away, an then he comes back and says, 'You realize you just saved me an hour to an hour and a half a day?'"

Bercovici knows there is a miracle drug that increases life span, boosts immune function, releases good hormones and suppresses bad ones, improves sleep, and speeds up metabolism. "It's called exercise, and it...pretty much just builds muscle."

Referring to KAATSU, Bercovici now knows that physiologically exercise doesn't have to involve exercise. At least not with KAATSU which is exercising one's body from the inside out.

For more information or to order the book Play On - How To Get Better With Age, visit here.

Email ThisBlogThis!Share to TwitterShare to FacebookShare to Pinterest
Labels: Jeff Bercovici Play On: The New Science of Elite Performance at Any Age Play On - How To Get Better With Age アスリートは歳を取るほど強くなる KAATSU Nano BFR
Location: Huntington Beach, CA, USA