For who? Individuals with gout, individual with varicose veins
For what? Gout, pain relief, functional movement, mobility, balance 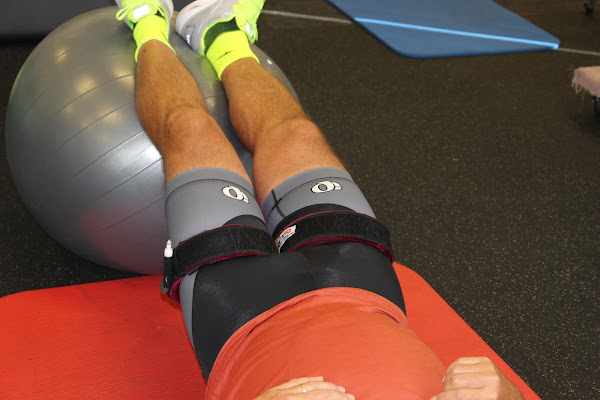 58-year-old John Shipman from Southern California has gout. He explains, "I take a medication for it daily, and have a medicine in case a flare-up occurs called colchicine that usually knocks out the gout once I feel it coming on. This time though, I have a different brand of culture since it didn’t work so I experienced a really intense painful bout of gout."

His sons, who are competitive water polo players and avid KAATSU Nano users, suggested John at least try KAATSU for some kind of relief.

"So I tried KAATSU," he recalls. "I couldn’t walk. But, ohh my God, right after KAATSU, I was able to walk. It actually felt good as I was trying to move my foot around. It loosened up after three KAATSU Cycles with very little movement. This is amazing.

I am not sure how I’m gonna feel in four hours or tomorrow morning, but right now I feel like I can actually walk and it feels good in my ankle joint on my left foot. It was so painful that even the slightest fabric rub or touch was almost a 9 on a 10 scale. I was just happy that I could get some sleep tonight. So glad we have the KAATSU machine."

The next report came shortly thereafter, "It’s interesting with gout. The movement with the KAATSU bands on helps circulate the blood. Previously, any movement caused intense pain so much that you don’t want to live, thus little circulation. With KAATSU, you don’t have to move too much (and with little pain) to get the benefit and results of increased circulation from the movement. It seems to work and I was able to move relatively well after the first KAATSU Cycle with very little pain. In fact, it felt like the comfort you get from a stretch or scratching an itch to be able to move during the second and third KAATSU Cycles."

The next day, John reported again, "It’s quite amazing. Literally the feeling was like a 9 on the pain scale before KAATSU. It dropped down to a 5 during the first KAATSU Cycle, then a 2 during KAATSU Cycles #2 and #3. This was counter-balanced by a euphoric feeling from mobility in the ankle at a 3 or 4 in any euphoria scales. So while the pain was still there, the range of motion and euphoric feeling overtook any slight pain and made me want to walk during Cycles #2 and #3. This morning, the pain was elevated but much less, like a 6. Amazing really."