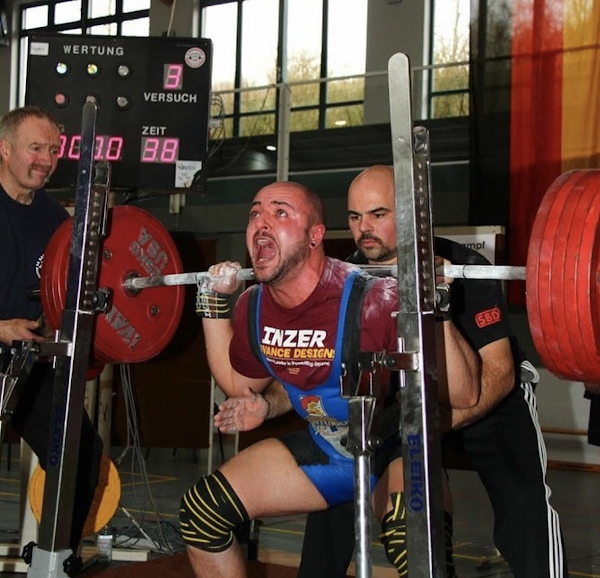 Giancarlo Mavrici and Emma Bollinger quickly realized the benefits of KAATSU - and all its different applications.

The 22-year-old powerlifter from Germany and the 18-year-old American Olympic weightlifter from Florida are both emerging in their weight divisions in the sport of competitive powerlifting.

Mavrici, a 94 kg powerlifter, set a new German national junior deadlift record when he lifted 307.5 kg. Five months later in March 2016, Mavrici increased his deadlift performance to 320 kg while shedding 2 kg of body weight. During the same period, he also improved his squat best from 275 kg to 300 kg. His improvement was credited to his use of KAATSU. He explains here.

His key to success? 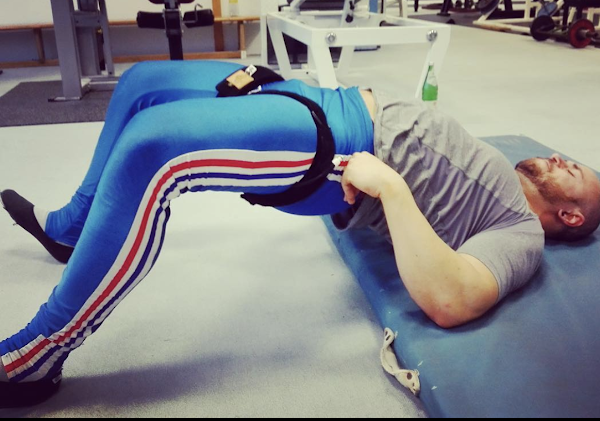 Mavrici uses a KAATSU Nano to recover from his strenuous competitions. "After a deloading period with KAATSU Training, he comes back more refreshed and stronger because KAATSU does not create muscle damage," explained KAATSU Master Specialist Robert Heiduk who authored the book KAATSU - The Pressure Training From Japan: New Perspectives in sport, therapy and health promotion. "KAATSU leads to high levels of muscle activation. It’s very good at inducing hypertrophy with potential in many different settings ranging from rehabilitation and regular exercise to sport specific training." 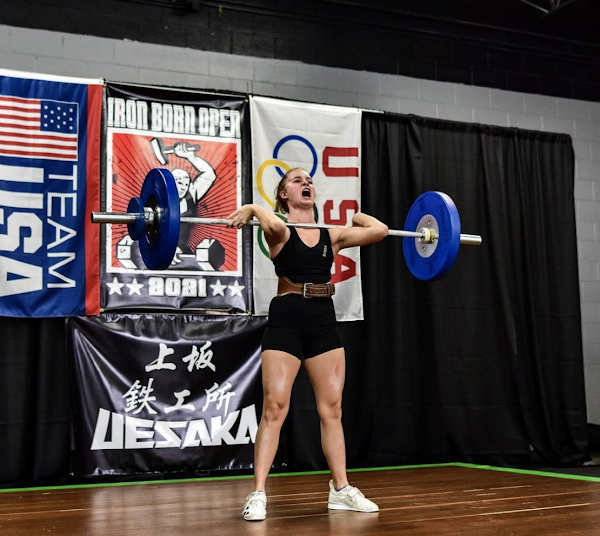 Bollinger is similarly rapidly moving up the ranks in her USA Weightlifting class where she is currently ranked #4 in the USA in the 55 kg weight class.

Her key to success?

Her father Rob, "Emma feels lucky to use the KAATSU and really can tell a difference in her readiness for competition lifts. When she goes to college this summer, she will take our unit because KAATSU is now a staple in her competition prep. Emma has found that using the KAATSU Cycle 2.0 KAATSU in concert with a Therabody Theragun Pro are very effective tools pre- post-workout and competition.

Employing a Therabody Theragun Pro, Emma spends about 20 minutes doing a complete pass over her body focusing on major muscle groups for 20-30 seconds. Then she employs the KAATSU Cycle 2.0 on the Cycle mode G1-G3 with the KAATSU Air Bands on her legs. Emma begins with active stretching and then will repeat Cycles on the G2 and G3 levels while moving an empty 15 kg barbell through the patterns of movement that align with the Clean & Jerk as well as the Snatch. During Admin time and while waiting on deck to lift, Emma uses the KAATSU Air Bands on her arms on Cycle levels G1 & G2.
" 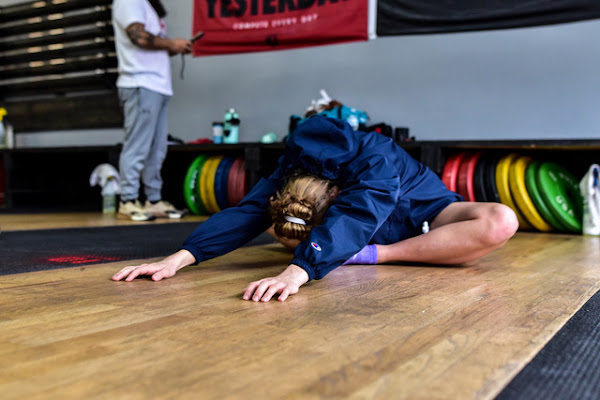 Emma stretching with her KAATSU Air Bands on her legs, pre-competition. 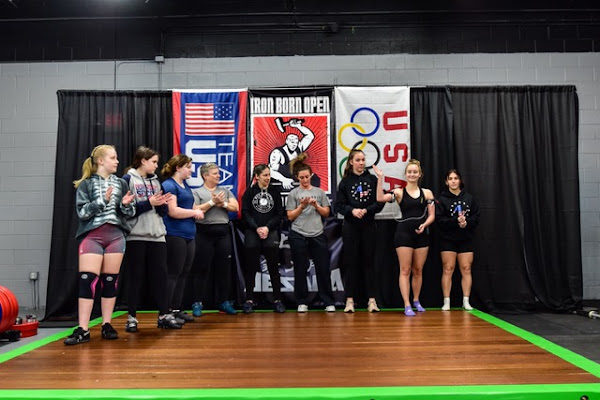 Emmy starting her post-competition KAATSU Cycles with the KAATSU Air Bands on her legs.

Rob sums up his daughter's post-competition protocol, "Recovery is usually in the vehicle headed back home where Emma will employ the KAATSU Cycle 2.0 in the Cycle mode G1-G3 and P1-P3 on the drive."

"Athletes like Giancarlo and Emma can use their KAATSU devices in so many different ways," says Steven Munatones. "During training, they can literally begin their warm-up soon after they wake up. While getting ready for school or a morning workout, they can throw on their KAATSU Air Bands and do Cycles at low, conservative pressures while they are brushing their teeth or getting their gear ready - even before they leave their home.

Then, during their actual workouts, they can work on their technique, either without weights or very little weight, with the KAATSU in the Constant mode. As they improve, they can still use the light weights, but start increasing the KAATSU Constant pressure levels. Then, of course, they use the KAATSU Cycle mode for recovery post-workouts - and then again, within an hour of going to bed in order to help prepare their bodies for high-quality sleep. In their heavy training periods, this evening/sleep recovery is essential
."

Note: Athletes like Mavrici who are powerlifters compete in the squat, bench press, and deadlift to see who can lift as much weight as possible for 1 repetition. Powerlifters have three attempts to reach their maximum weight and are ranked in body-weight and age categories. The winner is determined by who has the highest powerlifting total.

Athletes like Bollinger who are Olympic weightlifters attempt a maximum-weight single lift in the snatch and the clean and jerk. The snatch is a wide-grip, one-move lift. The clean and jerk is a close-grip, two-move lift. Each weightlifter receives three attempts in each, and the combined total of the highest two successful lifts determines the overall result within a bodyweight category.

Posted by Steven Munatones at 9:25 AM